Brexit has put the Unified Patent Court in jeopardy. But those same US firms that use London as a springboard for rolling out their European litigation strategies claim they can envisage a UPC without the UK. 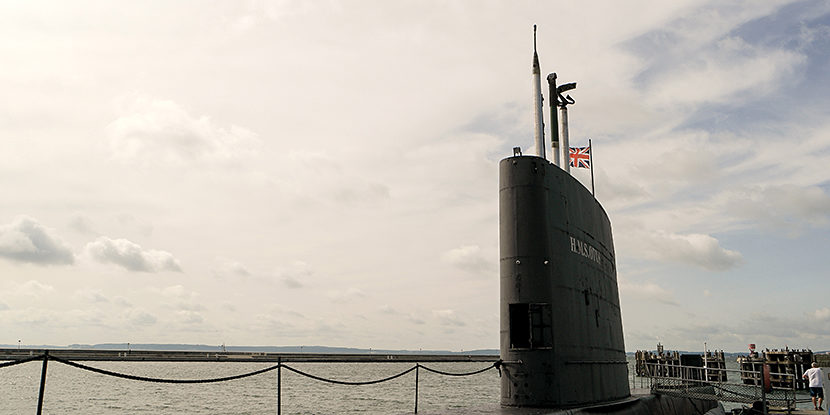 As the leaves turn golden and autumn comes, patent in-house counsel in Europe have become sceptical as to whether the spring of a new European patent system will ever arrive. On the other side of the Atlantic, however, patent lawyers at leading US companies in sunny California remain unconcerned over the Unified Patent Court. Even the prospect that the UK, whose economy is after all the same size as that of the state of California, might not take part in the system does not appear to have them rattled. “The whole point of the UPC of course is that everyone participates.

But even if the UK isn’t part of it, it probably wouldn’t make that much difference to the new system’s users,” says Google’s patent counsel Ralf Uhrich. Google steers its litigation from its San Francisco headquarters, but Uhrich has been the company’s litigation specialist in Munich for several years now. Uhrich and the head of litigation, Catherine Lacavera, have already had a hand in the preparation phase, taking part in conferences and informal talks concerning the UPC in the hope of exerting some influence. This is the strategy Google is taking in order to promote a balanced system and ensure the court is not left to non-practising entities. 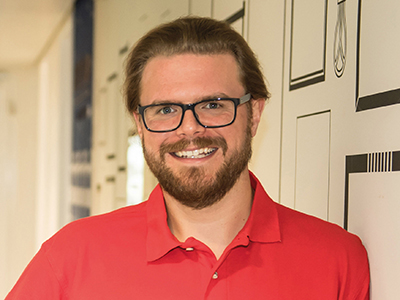 Google’s patent expert Ralf Uhrich still believes that the UPC will go ahead.

“In the US there is a certain level of dismay that IP has so far played no role whatsoever in the Brexit discussions,” says Uhrich, Google’s patent litigation counsel for Europe. “We’re hoping for a UPC that includes the UK, because nobody really wants a system without the Brits.” The UPC’s appeal, it quickly becomes clear, lies in its unity and uniformity. If the UK bows out, that means one more jurisdiction for the patent litigation strategists to deal with.

Currently, the question on everyone’s lips is, will it be an ugly divorce or just a recalibration of the relationship? If it is the former, this throws up a number of other issues: who gets some of the jewels – the division for pharmaceuticals patents that is supposed to reside in London? How much will the maintenance be – the fees for the unitary patent if one of the European Union’s most important Member States leaves?

Hopes are high that the soon-to-be-ex-Member State will still be able to take part in the UPC. Before the referendum this was inconceivable. After all, Switzerland was refused entry to the unitary patent club for precisely this reason. But shortly following the vote, the founding fathers of the new court came up with a solution that has both stoked confidence and calmed fears.

The flexible core of soft Brexit.

But even in the event of a soft Brexit, where the UK leaves the EU but remains a participant of the UPC, many questions still need to be answered. One of these regards the timeline. The start date is once again uncertain, not only because of Brexit – the UK is one of the Member States that has to ratify – but also because of the constitutional complaint against the UPC Agreement currently pending at the German Constitutional Court.

Lawyers and in-house counsel speculate that the UPC could launch in the second half of 2018, but no-one is likely to use it in the beginning when the UK’s exit from the EU is set to take place only a few months later in March 2019, with many uncertain as to what will happen to the ongoing proceedings. One worst-case scenario is that a party to the proceedings could challenge the ruling because the UK is not an EU member.

Remarkably, James Horgan, Head of European Patents for US pharmaceuticals company Merck Sharp & Dohme (MSD) takes a rather relaxed view here. “Of course it’ll cause some uncertainty for the UPC if the UK takes part as a non-EU member, but that wouldn’t really have a significant impact on our patent strategy,” he says. Like most players in the pharmaceuticals industry, corporations do not want to submit their most valuable patents when the system is first up and running, but it does want to take part: “The UPC is a good idea with many advantages − provided the rulings are of the right quality.” Horgan would be more than happy to see London as the division for pharmaceuticals cases: “London has a track record in patent cases, very good lawyers and exceedingly good judges. In my view, London would be a positive influence on the UPC.”

Outside the pharmaceuticals sector, the support for London is less staunch. “The UK is not a significant location for us when it comes to protecting our technologies because most of the competing technology used there was developed elsewhere,” says Leonard Smith, Senior Director of Patents and Open Source at eBay in California. “The UPC brings many advantages and is a great project, but whether the UK is a part of it is not really a factor for us.” For the American online marketplace, registering patents in Europe is important mainly to ensure its strong position as a patent holder in the event it is sued. 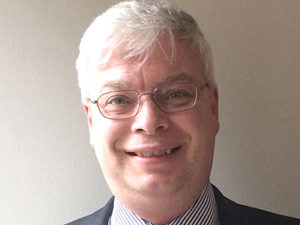 Hoping for London: MSD-Expert James Horgan is in favour of the London court with its experience in pharma cases.

Smith favors the influence of German legislation and judges on the UPC, which, in his view, brings a certain level of predictability to the rulings. This would be the UPC’s greatest asset, because if the rulings can be predicted with a reasonable level of certainty, he claims, it would mitigate the current weaknesses for patent holders in European countries with less-developed patent systems – a huge advantage to the status quo. EBay is highly cautious when it comes to litigation: it is involved in only two to three patent cases per year, which play out almost exclusively in the US, with eBay as the defendant. But given the company is so innovative – the development of AI technologies for communicating on its platform being a case in point – it may well find itself on the plaintiff side of patent infringement cases in the future.

Some major companies believe they have an obligation to use the UPC so as not to leave it to the mercy of the influence from NPEs, for example. Not so MSD inhouse counsel Horgan: “We don’t have any influence on the UPC, the lawyers do,” he says. “The two or three court cases we have per year in Europe are just not enough for that.” He believes it will be the lawyers and judges forming the new system in practice rather than the patent holders.

This divergent assessment is certainly down to the difference between pharmaceuticals and telecommunications patents: whereas, in an extreme case, an originator will dispute a substance patent for a blockbuster, proceedings in the telecoms sector usually involve one of many patents, e.g. for technology. After all, no-one knows how many patents you can fit on a smartphone, or so the joke goes.

One problem posed by a UPC without the UK would be the location of the division for pharmaceuticals, which is supposed to be based in London. According to MSD, Amsterdam would be a good choice. The good quality of the local rulings and the experience of the judges and lawyers are certainly factors in its favour. Merck already has a presence in the Netherlands through its animal health division and, with five patent counsel, boasts more manpower there than in the UK where it has a four-strong team. 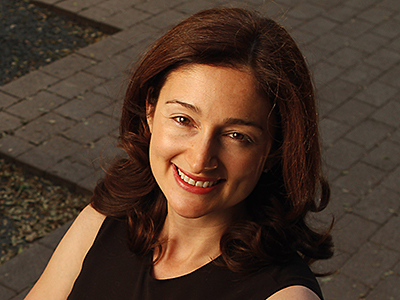 Another candidate is Milan. However, because proceedings in Italy are often very protracted, this option causes more reservations. Observers are sceptical that deadlines will remain short and free from the influence of local traditions, which will undoubtedly play a role through the nationalities of the judges. Two out of the three judges presiding over a division will come from the country in which it is situated. Observers therefore assume that procedural rules will initially be interpreted through a national lens. Harmonising legislation over time through the Appeal Court will be one of the biggest challenges for the UPC. But it is also a matter of interest for the patent community, claims Google’s Patent Litigation Counsel Uhrich, “The UPC is also an opportunity to further develop European civil procedural law.”

No nail in the coffin.

From the industry’s point of view, a UPC without the UK would not be ideal but, as Uhrich puts it, “A hard Brexit would probably not be the final nail in the coffin for the UPC.” There are simply too many advantages to be gained from the new system.

Ever since the Strasbourg Patent Agreement was forged in the 1960s, suggestions have flooded in. There have been multiple failed attempts but the idea of uniformity has endured.

Of greater concern than Brexit on both sides of the Atlantic, however, is the case that has been brought to the German Constitutional Court: specifically when the proceedings are actually going to take place. But the optimists among in-house counsel can perhaps take comfort from one thing: “In the same way that a patent survives a nullity suit, the UPC can emerge all the stronger from this constitutional complaint, because it means uncertainties can be cleared up in advance,” says Uhrich of this litmus test.

How the UK can still be part of the UPC

Flamingos can stand on one leg. In a similar vein, the UK should also be able to participate in the European Patent Court, even if the island is no longer part of the European Union (EU).

Contractually speaking, the UPC stands on two legs. One constitutes EU law, the other the European Patent Convention. The latter may be enough to ensure the UK’s participation if the other Member States agree on an additional accord to extend the collective validity of the EU patent to include the UK, since one of the foundations of the patent is article 142 of the EPC concerning the European Patent and European Patent Office. Neither are EU institutions – the UPC is not an EU body, it was founded as a court in the context of “closer integration” in accordance with the Lisbon Treaty. In formal terms, it is a multilateral project between 25 EU states. However, not only is the UK supposed to ratify the UPC before it can even open its doors at all, but the UK also needs to continue to recognise all rights and obligations, including European law and the jurisdiction of the European Court of Justice. For this, the UPC Administrative Council needs to introduce an amendment to the agreement – which should not pose a problem – along with a corresponding clause in the EU exit agreement between the EU and
the UK.