Sandoz spin-off could open door to new litigation against Novartis

Novartis has announced it is to divest its generics division Sandoz. The subsidiary, which runs the business of biosimilars and off-patent drugs, will become entirely independent, creating one of Europe's largest generics companies in the process. This move could have a profound effect on future patent litigation. 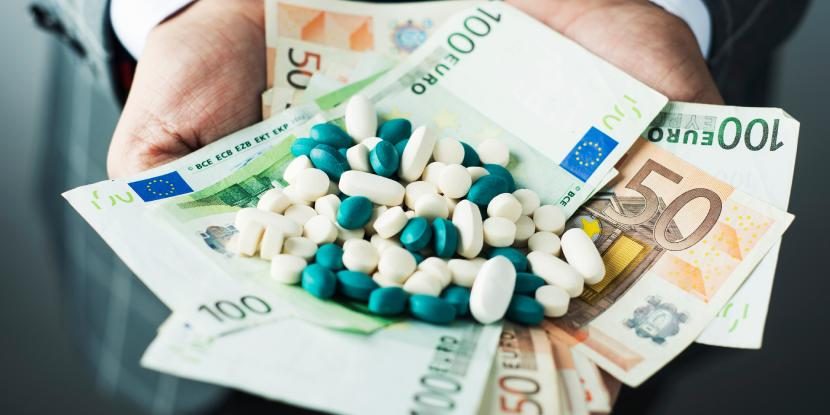 The spin-off aims to maximise shareholder value by creating one of the largest generics companies in Europe. ©nito/ADOBE STOCK

Novartis has confirmed that it intends to spin off the generics company into its own separate entity. The spin-off is expected to be completed by the second half of 2023. It would result in Sandoz becoming one of Europe’s largest generics and biosimilars manufacturers, taking with it the generic brands Hexal and 1A-Pharma.

It is not yet known how the separation will affect either company’s IP strategy. But the soon-to-be independent Sandoz could potentially end up on the opposite side of the former parent company in future patent lawsuits. According to JUVE Patent research, Novartis has not appeared in patent infringement proceedings against Sandoz before now.

Both Novartis and Sandoz refused to speak to JUVE Patent about their future litigation strategies. But insiders told JUVE Patent that patent disputes between the two companies are highly likely in the long term. “In the near future they will avoid this through licensing agreements,” says a lawyer. “But when these expire, facing eachother in litigation will become a very real prospect.”

Sandoz has been active in patent litigation against other originators, such as Bristol-Myers Squibb in the UK and the Netherlands.

Novartis is battling a series of disputes over different drugs, spanning numerous European countries and involving several generics companies. For example, it is trying to enforce its second medical use patent covering the ingredient fingolimod, which forms the basis of Novartis’ drug Gilenya. At the same time the originator is locked in a dispute over a cancer drug with pharmaceutical company Pharmathen in the Netherlands.

Despite all the conflicts of interest, many observers recognised the advantages in uniting the originator and generics divisions under one roof. It meant the company always had both sides in view when it came to current topics in the pharmaceutical industry, such as second medical use patents or compulsory licences. A boost here was Sandoz’s in-house staff moving to the parent company, helping to shape litigation strategy.

For Sandoz this move means a greater freedom to operate, also with regards to generics and biosimilars of Novartis’ originator drugs.

In the same announcement to investors on 25 August, Novartis argues that the separation will mean that Novartis would likely see an improvement in its return on capital.

Not the first spin-off

Novartis emerged in 1996 from a merger of the two Basel-based pharmaceutical and chemical companies Ciba-Geigy and Sandoz. Novartis then grew to become one of the world’s largest pharmaceutical companies, with $51.6 billion in sales in 2021. In the future, the pharmaceutical group wants to focus on innovative medicines.

This is not Novartis’ first spin-off. In 2019 the group separated its eyecare division Alcon into its own company.

The spin-off of Sandoz creates one of the largest generics companies in Europe, as well as a leading global provider of biosimilars. Last year, the company turned over $9.6 billion and is active in more than 100 markets worldwide. This represents just under one-fifth of total Novartis sales.

Sandoz’s current CEO Richard Saynor will continue to lead the new independent company, which will be headquartered in Switzerland. It would also be listed on the SIX Swiss Exchange, with an American Depositary Receipt (ADR) program in the US. Currently Sandoz is also looking for a new head of IP litigation.