In September 2020, Richard Meade was appointed as a judge at the UK High Court. In his first interview since joining the judicial bench, he talks to JUVE Patent about what the Supreme Court FRAND decision might mean for the UK courts and SEP holders, how coronavirus is changing the way the patent courts work, and his motivation behind becoming a full-time member of the UK judiciary. 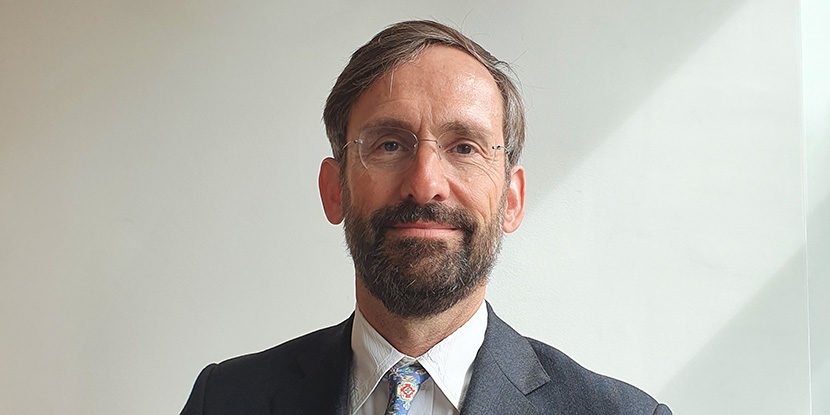 Richard Meade (53) is the latest judge to be appointed to the UK High Court by the Judicial Appointments Committee. After graduating from Oxford University, Meade began his career in IT projects, before being called to the Bar in 1991. Meade joined specialist IP barrister set 8 New Square, where under the tutorage of current Supreme Court judge David Kitchin he came to specialise in commercial work and intellectual property law. In 2008, Meade became a Queen's Counsel and in 2009, the judiciary appointed Richard Meade as a Recorder. In 2011 Meade became a deputy High Court judge until his elevation to full-time UK High Court judge on 7 September 2020 ©Richard Meade/JUVE

JUVE Patent: How significant is the impact of the recent Supreme Court FRAND decision on UK patent cases? Is the UK now regarded as SEP holder friendly?
Richard Meade: Obviously, litigants were acting based on the first instance decision and the Court of Appeal decision for quite a long time. The Supreme Court decision relieves some uncertainty over whether this would remain the case. I am not sure it’s a question of the UK being SEP-holder friendly or not, you’ve still got to win a patent action before there’s any question of a remedy. That is the same as it always was. That is part of the picture for choosing the UK as part of your strategy as an SEP holder for sure.

What’s your view on the current state of FRAND across Europe?
It’s constantly changing. If you look at Germany and the UK, we’ve had the Orange Book in Germany, we’ve had developing strands of case law here with Unwired Planet and Conversant, as well as other litigation. At the same time Germany’s been refining its practice: as well as the Orange Book we’ve had Huawei and ZTE from the Federal Court of Justice. Now we’ve got almost simultaneously the Supreme Court judgment in Unwired Planet, and the German court in Sisvel and Haier. You can see that the courts have got an eye on what each other are doing, for example there’s a reference in Sisvel and Haier to the Unwired Planet decision.

European courts are not making decisions completely on their own, and I imagine FRAND will carry on changing. There no reason that, at the moment, anybody will suddenly massively change what they’re doing in Europe. But I could be wrong.

In your view, other areas of technology do you see the UK courts litigating in soon?
One of the exciting things about the Patents Court is that you never know! All the predictions I’ve ever made about what technology will be litigated in the future have been wrong. But we’ve always coped with whatever is new, and I’m sure we will in future.

Now it is clear the UK won’t participate in the UPC, how do you see future cooperation developing between the UK and European courts?
It’s far too early to say the impact of the UPC on infringement, but there are huge macroeconomic factors developing with Covid. It’s terribly hard to say what the impact of the UPC will be separately. As far as the law of validity goes, we’re still in the European Patent Convention and we’ll still participate as an active member of the EPC. I’m sure all the judicial cooperation that has built up will carry on. This year, the annual Venice meeting will unfortunately be virtual, but that sort of thing will keep happening. Judges will carry on with their informal contact; cooperation isn’t going to stop because of the UPC. 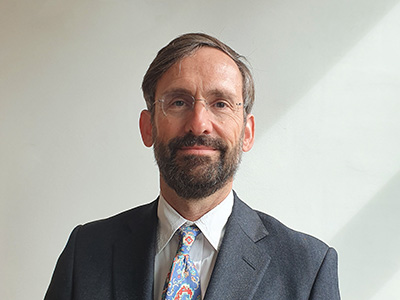 Anyway, the effect of the UPC itself is unknown. It remains to be seen how the German situation will resolve, which is another factor which means it’s too early to say what will happen with the UPC – and especially with judicial cooperation. I am sure the UK will still be involved in lots of cooperation.

Taking a more long-term approach, is there anything you can learn from how different countries and courts approach IP law?
Where I’ve been in cases with foreign lawyers giving evidence about patent practice in other European countries, which has happened a lot – and indeed foreign lawyers giving evidence about UK patent practice – it’s been a revelation every single time. I’ve learned a lot. It’s always interesting to see how quickly other European courts do patent cases.

Just towards the end of my time as a barrister, I was lucky enough to go to a Markman hearing in the States. That was fascinating; I knew from a distance what a Markman hearing was, and I learned a lot about claim construction in the US.

How are the UK patent courts faring, given the current turbulence with coronavirus?
I was still at the Bar when the virus struck, then when the pandemic started and when lockdown was imposed. When I was still a barrister, I did several quite heavy hearings remotely. As a deputy judge, I did a trial in the summer that was two weeks long. It was a completely remote trial with fact witnesses and expert witnesses, and we all had to learn how to do it, but it went really well.

“Doing online hearings is more tiring than in person, but we will keep going”

Other than one trial early on in lockdown, the patent court has barely adjourned anything. For the Business and Property courts, 85% of work has carried on as scheduled. And the court has removed almost nothing from the patent list after that first trial. The macroeconomic effects of coronavirus are obviously profound, but in terms of keeping patent court business going, the profession has done really well. Doing online hearings is quite tiring – more tiring than in person – but we’ve kept going and we will continue to keep going.

What is it like to experience patent video hearings as a barrister, and then as a judge?
As a deputy judge in July I did a two-week trial with witnesses. Since I was appointed a full time judge, I have done quite a few hearings including some multiday hearings, although not yet with witnesses. When you’re a barrister, the main difference is that you have to make arrangements to take instructions without being in the same room as your solicitors.

“For barristers, WhatsApp isn’t a bad substitute for being in court”

What most people do is have a WhatsApp group for that hearing and take instructions via WhatsApp. It’s not as good as being able to whisper to somebody in court but it’s not bad either. I think a lot of judges take slightly more frequent breaks. And most people either arrange a dial-in call or a Zoom call for their own legal team during the breaks so you can take instructions more fully then. That’s probably the main difference, plus the preparation you do yourself rather than sitting in a room with your junior. It takes some adaptation, but people are getting used to that as well.

Why did you apply to the judiciary?
Applying is a complicated decision. I’ve been a deputy judge for quite a long time, I had enjoyed that, and it is indispensable: it’s very difficult to decide to be a full-time judge without having been a part time judge first. I did a good amount of non-IP work when I was a part-time judge, and that was a big factor because I had become very specialised doing nearly all patents most of the time. It was appealing to make a change and it was interesting.

Also, my family have for some generations all been public-sector workers. I think that doing something in public service is pretty important, and I would be sad to get to the end of my career having only worked for myself the whole time. So that was a really big factor.

What have you learned from the Bar that you can apply to your judicial role?
Well I know a lot of patent law! I did think that I might have learned technology at the Bar but in fact the judges are really good at that, so I haven’t got a head start at all. You must make relationships with people at the Bar, with new clients and so on, and that’s quite useful because you meet a whole universe of different new people when you become a judge. But it is a very different job, and it’s all very fresh.

I’ve already been doing some non-IP things too. During September I only did one IP hearing, and the rest was all general business of the Business and Property Courts. The most specialist work is reserved to the most specialist people, but there are people not from a patent background ticketed to hear patent cases.

So I’ve been doing insolvency-related work, landlord and tenant-related work, commercial fraud and worldwide freezing order work. It’s not a million miles away from IP, and ex parte applications for injunctions are a decent part of IP work. But doing everything is the expectation for every judge in the Business and Property Courts in the Chancery Division.