On ice and on edge

It was only a year ago that the scandal-plagued EPO was the biggest worry for in-house patent departments. Today it is the UPC case before the German Constitutional Court that has them wringing their hands. A survey conducted by JUVE in early 2018 shows that the industry wants the court to provide clarity – and quickly.

The disappointment is written all over Jürgen Dressel’s face. The global head of the patent litigation group at Novartis in Basel is a strong advocate of the Unified Patent Court. “We’ve based our strategy on the UPC and the preparations will be complete any day now. We’re ready for the new European patent court.”

But once again the UPC has been delayed and Dressel is annoyed. “It’s incredibly disheartening that the project has been stopped so abruptly after having come so far,” he laments. An entire generation of smart, dedicated lawyers, judges and government officials have spent years labouring over this and have laid the foundation for a good court, claims Dressel. “We won’t get another opportunity like this for a long time. That’s why the lack of transparency while the constitutional complaint in Karlsruhe drags on is so torturous.”

According to a recent non-representative survey carried out by JUVE Patent, the majority of industry representatives take Dressel’s view. The industry has been calling for a Europe-wide patent court for decades and staunchly supported the UPC project. Despite the tribulations the project has suffered over the past 15 months, 54 percent of respondents would prefer to see the patent court open its doors sooner rather than later. 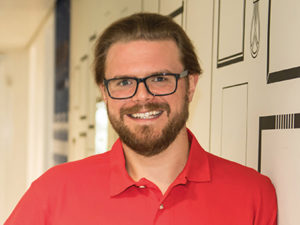 “We hope the UPC will include the UK” says Ralf Uhrich, patent counsel for Europe at Google.

With the US patent system currently in crisis, major corporations worldwide are looking to – and gearing up for – the new court in Europe. One head of patent litigation for Europe at a Chinese mobile phone giant is holding fast to the UPC despite the labour pains. “It certainly remains an interesting alternative to the current patchwork of national courts,” he says. Silicon Valley is also keeping an eye on the situation in Europe: Ralf Uhrich, patent counsel for Europe at Google, recently told JUVE Patent, “We hope the UPC will include the UK.”

Industry representatives certainly have good reason to feel disheartened. Since the Brexit vote in June 2016, the project has gone through a never-ending series of ups and downs with considerable uncertainty as to whether or when it will go ahead. The industry has already invested a great deal of energy in preparing for the court. Many companies are simply taking it one day at a time, claiming the court is “essentially a good project, but let’s wait and see first whether it actually happens.”

The UPC’s problems began when the UK voted to leave the European Union: the UPC Agreement needs to be ratified by at least 13 of the 25 Member States, and that 13 must include Germany, France and the UK. Following the referendum, the original start date of April 2017 was quickly pushed back. But without approval from London, the court cannot open its doors. On the other side of the coin, the UK itself can only participate in the UPC if it ratifies the Agreement while it is still a member of the EU. Currently, it looks as though the UK will finalise the process after Easter and deposit the documents shortly afterwards at the EU Council in Brussels. In Germany, on the other hand, Bundespräsident Frank-Walter Steinmeier could have signed the UPC laws had the constitutional complaint from Düsseldorf IP lawyer Ingve Stjerna not slammed the brakes on ratification.

Ever since, the UPC has faced a double dilemma: the German constitutional complaint is blocking the court from going ahead, and the longer it goes on, the greater the danger that it will be too late for the UK to take part. If the Karlsruhe court makes its ruling after the UK has left the EU, Britain’s UPC dreams will go up in smoke and the entire project could be under threat.

The industry, however, appears impervious to such uncertainties and remains a fervent supporter of the UPC. A year ago JUVE Patent asked company representatives for their opinions on the European patent system: 54 percent of respondents were and still are in favour of a quick start.

Businesses still remain eager for a single legal framework for patents in Europe. Indeed, in 2016, 62.5 percent of respondents said that, in a pinch, they would accept a UPC without the UK. In 2017 that figure has risen to 75 percent.

But this would still be a second choice: many of those in-house are adamant that the ideal solution would be a UPC that includes the UK, not only because of the country’s extensive reach but also because of its experienced patent judges and lawyers. If this is not possible, say companies, there should be financial concessions on fees for the EU patent and court and the London divisions for pharmaceuticals patents ought to be moved to Munich. If the London divisions were indeed relocated to Munich, the Bavarian capital would cement its reputation as the seat of European patent law. 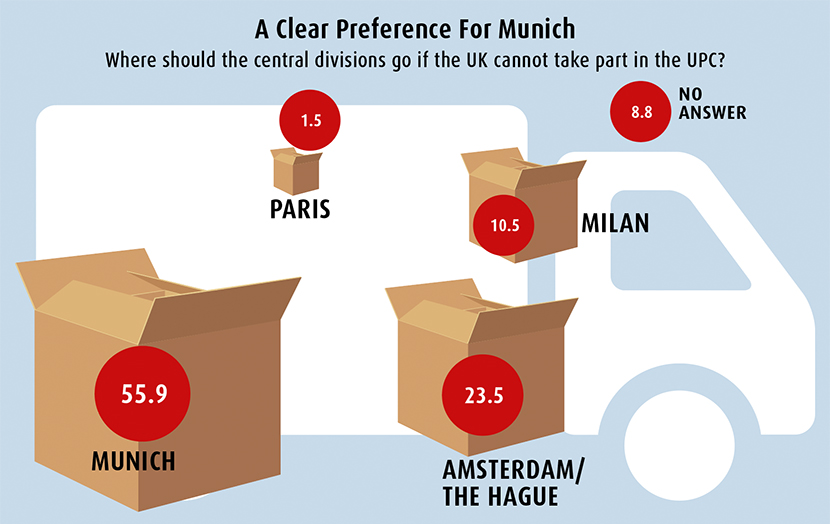 Time is of the essence. 17 of the 27 institutions – ranging from German constitutional bodies to the EPO – invited to submit their views have sent an amicus brief to the court. The 2nd Senate and its rapporteur Peter Huber certainly have no shortage of reading material.

Experts predict a ruling would be possible in summer 2018 at the earliest – that is if the judges dismiss the complaint as unfounded, in which case the UPC can go ahead with the UK before Brexit is finalised.

However, if the judges agree in part with Stjerna, for example with his key criticism that the Bundestag required a two-thirds majority to ratify the international Agreement instead of a simple majority, this would be cutting it close for the UK. The Bundesrat and Bundestag (upper and lower houses of German parliament respectively) would have to reopen the bill and complete it by spring 2019.

If the German Constitutional Court refers the case to the European Court of Justice because of concerns over European law, that would put paid to the UK’s UPC ambitions – and quite possibly the entire project. The same applies if the judges schedule an oral hearing. “Then we can hope for a ruling in 2020 at the earliest,” says Ulrich Karpenstein, who is an experienced constitutional lawyer at Redeker Sellner Dahs.

In-house lawyers, however, hope it will not come to that. As in the previous year, a good 54 percent would still like to see a new initiative if the UPC fails. But in that case, they would want it to cover the same area as the European Patent Office – that of the 38 European EPO member states rather than the 25 EU Member States which are currently on track to take part in the UPC.

Intolerable waiting game: Jürgen Dressel, head of patent ­litigation at Novartis, is in favour of a quick ­ruling on the UPC ­constitutional complaint.

Lawyers and other in-house experts have been watching Karlsruhe for weeks in the hope that the judges might give some sort of sign. But so far there has been nothing from either the court or the complainant Stjerna. “There is no transparency in this case at all,” says Jürgen Dressel. “That the public has received no information as to the complaint itself or the duration of proceedings is frustrating.” With Brexit in mind he says, “The constitutional judges need to hurry up with their ruling.” Ultimately, this ruling in the patent field will affect the whole of Europe. But, says Dressel, “I’m not sure to what extent the judges are aware that a late ruling could endanger the entire project.”

Method
In late November 2017, the JUVE Patent editorial team wrote to 1,500 people as part of a non-representative patent survey. 66 of those took part in the survey. For the second time, JUVE asked prominent in-house patent experts at international technology companies for their opinions on the European patent system. The participants come from industrial and midsized companies, as well as international giants from Silicon Valley, Japan, China and Korea. The companies represent all significant branches of the technology industry and file patents overwhelmingly at the European Patent Office. In addition, the editorial team conducted numerous one-to-one discussions with the heads of patent departments in order to gain an overall impression of the mood in the market.