“Male colleagues pictured us as a coffee party”

As part of a series celebrating International Women's Day, JUVE Patent spoke to Claudia Schwarz. The Munich patent attorney is co-founder of the German network Women in IP. According to Schwarz, stronger networking is the key to success for women in IP functions. 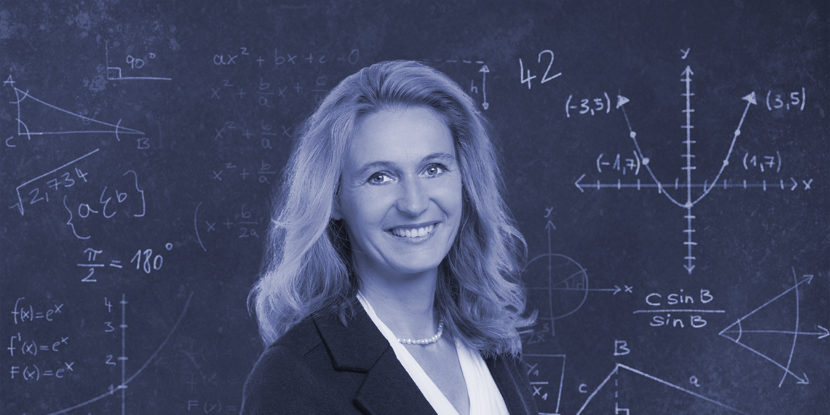 Claudia Schwarz is a patent attorney at Schwarz + Baldus, and a founding member of the Women in IP network. For Schwarz, mentoring and networking are fundamental to the advancement of women in patent law.

In 2011 Claudia Schwarz and Konstanze Graser founded the German network Women in IP, that has roughly 100 members. Now, eight years later, the Munich-based patent attorney still sees outdated structures in many companies and law firms. Schwarz wants to counteract this with more networking among women in IP.

JUVE Patent: How did you find your way to patent law?
Claudia Schwarz: I’ve always been interested in mathematics and technology. That’s why I first started studying mechanical engineering, but then switched to computer science. After graduating, I first worked in software development, came into contact with patents and then wanted to continue my education as a patent attorney.

Since I was one of the first computer scientists who wanted to train as a patent attorney at the chamber of patent attorneys in Munich, they first had to find out whether computer science could even be recognised as a technical discipline. Today computer-implemented inventions is one of the fastest growing fields – not only in Germany, but worldwide. This marks the introduction of software into almost every area of technology and our everyday lives.

What fascinates you about patents?
The rapid development of software and hardware is obvious. Software in particular is a challenge to patent law. New questions arise such as, can a mathematical simulation model for a technical application be considered technical in the sense of patent law, or not? I find that very exciting.

Have you encountered any hurdles during your career that your male colleagues haven’t had to deal with?
Mechanical engineering and computer science studies are to a large extent dominated by men. I was one of a few female students, but that never bothered me. I spend a lot of my free time with men. On challenging tours of mountains and glaciers, for example, you rarely meet women. During my studies as well as in sports, I had the feeling that I was perceived as a person, independent of attributes such as “male” or “female.” That’s how it should be.

On a professional level, I sometimes hear about the negative experiences of young colleagues. This is largely due to the hierarchical, conservative and still very male-dominated structures in law firms and companies. Colleagues from the EPO also report that many important topics are still discussed over a beer after work – where many women with families do not come along. The next day they learn that the decision has already been made by the men.

What are the experiences of women in the Women in IP network?
When I founded the association eight years ago, I also had to struggle with male condescension. Jokes like “shall we lend you our espresso machine?” show how the male colleagues pictured us as a coffee party. If a man had founded a similar network, the picture on their mind would likely have been different. Once the men noticed that the network they perceived as a “girls’ chat” included women in top IP positions, their attitude changed. Nevertheless, some still consider us to be radical feminists. That is completely the wrong idea. We like to work together with men in order to get more women into IP.

How do you rate the current situation of women in Germany who work or want to work as lawyers, patent attorneys or judges in intellectual property?
A lot still needs to be done to enable women to participate more in law firms, legal authorities and companies. The high demand for the training seminars offered by the Women in IP association shows just how great the need is. My personal impression from many conversations is that above all the medium-sized law firms still have very rigid structures, which are often maintained by conventionally-thinking partners.

Some women in IP work for courts, or for patent and trademark offices. But here, too, men are often in management positions. For example, I asked a young colleague also competent in the field of computer-implemented inventions to take part in a lecture event. She was interested, but initially consulted her superior. Finally the superior called me and suggested himself as a speaker instead of the colleague, even though he was less concerned with the topic. He obviously wanted to put himself in the foreground instead of promoting his young female colleague.

Are there any support programmes or other measures to help bring more women into IP?
Our organisation Women in IP offers a mentoring programme in which a professional experienced in IP accompanies younger colleagues and advises them on professional issues. The programme is in great demand and a wonderful instrument from which not only the mentees but also the mentor can benefit.

We also offer targeted seminars for our profession. We offer a space in which women can further their education in their profession on a non-technical level and, for example, learn tricks used in negotiations. We do not consider the more general seminars offered on the market, in which the instructor recommends the participants put on male cologne, to be very effective.

Other than that I am not aware of any other national or international programme for the targeted promotion of women in IP. It is absolutely essential to have an independent network across all professional institutions in order to promote the exchange between female patent attorneys, female patent lawyers in companies, female examiners and female judges.

The major international law firms now offer a large number of training courses for women, although these relate to the law firm. However questions then arise – what is really put into practice within the working environment? Are some things simply marketing in order to profit from the trend of women’s advancement? It is positive that, in the course of the diversity trend, large companies are now paying more attention to the proportion of women among fee earners and partners when retaining law firms. As a result, some partners who previously declined to promote female partners are suddenly boasting about their programme to promote women.

Patent law is very international. Are you aware of any Europe-wide networks that bring together women in IP?
In terms of networking, the US is one step ahead of us. They have several women’s networks that pursue the same goal as us, namely to promote cooperation among IP professionals. In addition, law firms and some authorities offer internal networks. Women in IP not only addresses German women, it also organises international events. Ultimately though, good networking is also a question of local proximity.

What important topics are you and your colleagues currently discussing?
Above all, how can we reach women in IP through our association. In in-house patent departments, as well as trademark and patent offices, employees tend to work in isolation, with few external contacts – especially when they do not frequently attend conferences. Even in law firms, this is usually the prerogative of the partner rather than the associate.

What measures can be taken to better promote women in intellectual property?
Women should be supported in building a strong network. In addition, they should be shown that working in IP does not necessarily mean that they no longer have time for a family. Above all, it is important to make the existing role models known and, of course, to work to ensure that there are others.

The interview was conducted by Konstanze Richter.