Although based in China, Xiaomi is becoming a serious challenger in the European mobile communication market and thus faces risks to its patent portfolio. As it expands westwards, protecting its patents in Europe is essential to the company's developing IP strategy. Liu Zhen, senior legal director and head of global litigation at Xiaomi, speaks to JUVE Patent about Xiaomi's patent prosecution and litigation strategies, its approach to risk management, and why Xiaomi is still optimistic for a functioning UPC. 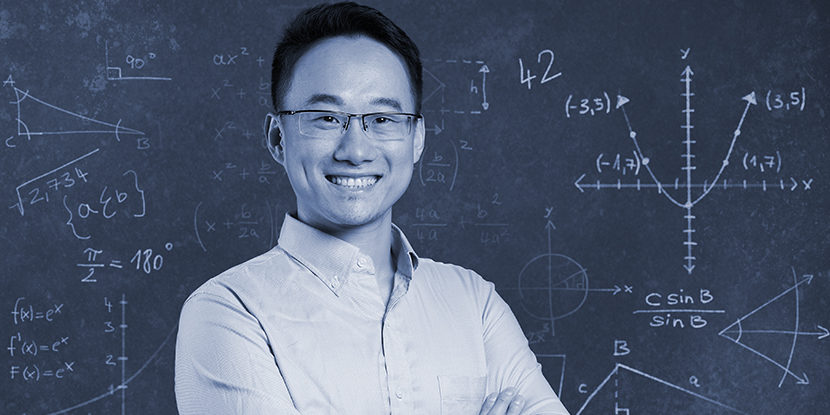 Liu Zhen (39) is the senior legal director and head of global litigation at Beijing-based telecommunications company Xiaomi. Liu Zhen began his patent career at the Beijing Municipal Commission of Commerce before spending a total of six years at two different law firms. Liu Zhen has been at Xiaomi for seven years, overseeing its expansion into the European markets. ©Xiaomi/JUVE

JUVE Patent: Which are the most important regions for patent prosecution for Xiaomi?
Liu Zhen: Xiaomi’s global expansion needs a varied and strong patent portfolio in every potential market and product segment. At the end of 2019, in total we held over 14,000 granted patents and over 16,000 pending patent applications globally. There are 7,500 granted patents registered in mainland China. Now, the European markets are Xiaomi’s core priority, as we only officially entered the region in November 2017, in Spain.

What is the goal of Xiaomi’s European patent prosecution strategy?
The primary strategy is focusing on the products we are launching or planning to launch in the European markets. This includes, but is not limited to, smartphones, operating systems and AI. Currently, Germany, the UK and Spain are Xiaomi’s biggest markets for IP. The three markets are of the most important for us in Europe in terms of patent prosecution, although we’ve now covered most of the markets in Western Europe.

“Germany, the UK and Spain are Xiaomi’s biggest IP markets”

What steps is Xiaomi currently taking to enter the European patent market?
Our portfolio in Europe is undoubtedly important. Another way of building our portfolio is having a focus on patent acquisitions and patent licenses. Xiaomi is building a strong patent portfolio by both prosecuting our own inventions, and acquiring good patent assets from our business partners. At the moment, Xiaomi is still facing potential IP risks in the European market. But we are confident that, if we keep expanding our resources, IP will protect our business in Europe.

Most patent litigation in Europe right now is FRAND- or SEP-related. Xiaomi’s position is that it respects the IP protection systems in Europe, but is not willing to bend to intimidation brought by those NPEs. We think is often unfair and non-FRAND. And we are willing to fight to the end in such cases filed against us.

There are very different jurisdictional decisions made by UK and French judges concerning FRAND. What do you think about these judgments? How did the hearings in the UK and France go for Xiaomi?
There were many new FRAND cases in Europe over the past few months. Some are of great importance and may change the landscape of NPE patent litigation in Europe. Despite the technical nature of these litigation cases, a few managerial lessons have emerged. Xiaomi feels that different court standards on FRAND issues are far from consistent and clear, and despite tensions between territorial national patents and global nature of FRAND licenses, the issue of jurisdiction is always there. This makes forum shopping another rising phenomenon.

“Court standards on FRAND issues are far from consistent”

So, we must take special efforts towards getting newly-established case law and standards in very important jurisdictions like the UK, France and Germany. We need to keep track of the latest judicial developments and coordinate our litigation strategy in different jurisdictions accordingly.

How did Xiaomi react to the UK’s rejection of the UPC? Will a UPC without the UK affect Xiaomi’s plans?
From the industry’s standpoint we believe that a unified European patent protection will bring efficiency and transparency, as well as serve as a gigantic boost to innovation strength and initiatives. We believe we will be able to obtain Europe-wide court rulings from a single legal proceeding. But we will also risk having the patents revoked with the Europe-wide effect. It’s not hard to predict that a new approach will change the tactics and behaviour of litigants. So, on the practical level, our focus might be on the expense, complexity and enforcement of the UPC. But for the foreseeable future Europe will maintain the status quo, and Xiaomi will also keep a close eye on the developments.

Right now, the impact of recent UPC developments, such as the UK’s decision to leave the UPC and the new draft of the German Act on the UPC Agreement, is not easy to evaluate. We will keep an eye on the changes of the discipline between European and UK IP protection systems. Xiaomi must figure out how to adjust its strategy with regard to this change.

Is Xiaomi interested in the prospect of a UPC?
It’s very challenging for Xiaomi to manage so much parallel litigation across Europe. We have built a team which coordinates very well with our outside counsel. But, to improve our litigation strategy, we could up the efficiency of the co-ordination between the different teams, both internally and externally. This would allow Xiaomi to benefit from the transparency in the European litigation system.

For Xiaomi, one of the advantages in the unified European litigation system is transparency, we can see every document issued by the court. If we can use this information well, we can also help ourselves and work towards a more unified approach in European patent cases.