Three years ago, a patent attorney and the German broadcasting institute IRT were at the centre of an embezzlement scandal worth millions. Now the institute is being dissolved. However, IRT is still demanding millions of euros in damages from Sisvel. 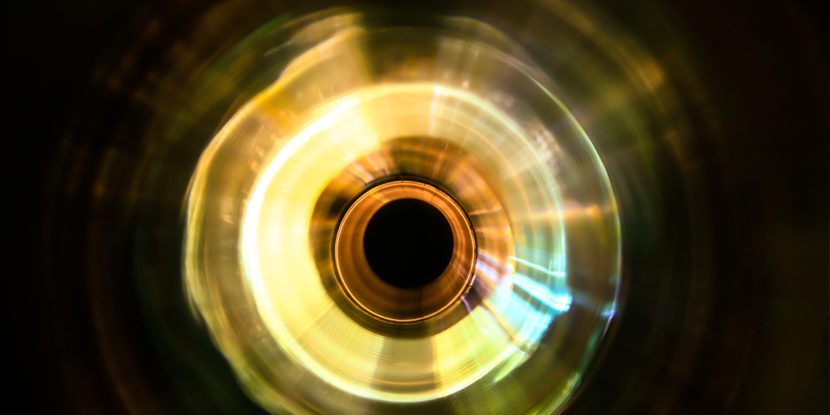 German research institute IRT helped develop MPEG technology. But for the past few years, it's been involved in an embezzlement scandal - and now it faces liquidation ©DmitrySteshenko/ADOBE STOCK

Once upon a time, the Munich-based Institut für Rundfunktechnik (IRT) stood for German respectability and the spirit of research. Technicians at the institute conducted research on the fundamental principles of broadcasting technology on behalf of 14 broadcasting companies from Germany, Austria and Switzerland.

Now the research institute is on the brink of collapse. Its operators, above all major German television station ZDF, no longer want to finance the institute. Towards the end of the year, IRT will be liquidated. But its decline began five years earlier.

IRT holds numerous patents. The institute helped develop the widely-used MPEG technology, as well as the HbbTV standard, which is used in teletext. In 2000, IRT even received the coveted Emmy Award for the development of the AES67 standard, the high-performance audio-over-IP streaming.

At that time, the market had widely accepted MPEG technology. The technology enables audio files to be compressed and is used in MP3 players, for example. Well-known non-practising entity Sisvel was responsible for the patents.

A scandal unfolded through the actions of one patent attorney

However, in 2017 a scandal began to unfold, the likes of which the public authorities in Germany had never seen before. It involved the IRT’s lucrative technology and the accusation against a Munich patent attorney of embezzling millions of euros.

The dispute was triggered by accusations that the patent attorney had cheated his employer out of several hundred million euros. He is said to have used his long-standing position as an employee, and later as an external consultant of the institute, to profit from patent exploitation contracts.

Sisvel had handled the exploitation of IRT’s patents for many years. The patent attorney is said to have personally benefitted from the concluding of contracts with Sisvel on behalf of IRT.

What followed was splashed across the German business and tabloid press. The public prosecutor’s office launched a criminal investigation into the patent attorney on suspicion of embezzlement. However, the case was dropped after several years when he agreed to pay €1 million to non-profit organisations. The subsequent civil proceedings also ended in a settlement between IRT and the patent attorney, who agreed to pay back €60 million to the institute. Ultimately, the courts did not convict the attorney.

Not enough for IRT

However, IRT claimed the sum of €60 million was insufficient. The institute said that it actually lost hundreds of millions of euros in revenue. So, the institute targeted Sisvel. IRT accused the NPE of knowing about the patent attorney’s actions. In response, Sisvel and its managing directors filed lawsuits for damage to reputation at the Regional Court of Turin (case IDs: NRG 16042/2017, 17910/17, 19299/2017 and NRG 18555/2017).

Mannheim Regional Court dismissed the lawsuit at the end of 2019. However, IRT did not accept the ruling. In April 2020, IRT appealed to the Higher Regional Court Karlsruhe.

So far, no proof has emerged that the patent attorney’s schemes directly involved Sisvel. Nevertheless, the scandal came at an inopportune time for the NPE. Until then, Sisvel was a frequent guest at German patent courts, having often filed lawsuits against mobile phone companies in Germany. Sisvel hoped to persuade the phone companies to take a licence for its MPEG portfolio.

But then German case law turned against SEP holders. This was a direct consequence of the CJEU’s FRAND ruling in the Huawei vs. ZTE case. Proceedings, such as Sisvel’s suit against the small Chinese mobile phone manufacturer Haier, dragged on.

In addition, in 2017 after the dispute became public, insiders speculated that the IRT scandal would place Sisvel in financial difficulties. At the time, a lawyer told JUVE that even for a successful company like Sisvel, a €280 million claim is no small matter. Opponents in other proceedings rejoiced behind closed doors that the claim might make it difficult for Sisvel to secure cash flow. They hoped this might lead the NPE to withdraw the lawsuits against them. But this did not happen. Sisvel did not want to comment on financial details at the time, or at present.

The damage to Sisvel’s reputation added fuel to the fire. Industrial companies delighted in the scandal. Many of the companies sued by Sisvel had already tried to discredit the NPE as an evil patent troll. For Sisvel’s opponents, the suspicion that it might be involved in a million-euro scam came at just the right time.

Sisvel went on the offensive

Nevertheless, Sisvel went on the offensive and sued IRT in Turin.

In Germany, Sisvel is currently locked in a battle with Wiko and Haier that began before the dispute with IRT. The dispute is also heating up. The two parties are currently pleading in the appeal proceedings.

Amid the ongoing proceedings, the news broke that IRT will be dissolved at the end of the year. Shortly after the Mannheim ruling in late 2019, ZDF announced its withdrawal as a shareholder. However, ZDF rejects the suggestion its decision to withdraw is connected to the financial loss caused by the fraud.

When asked to comment, the broadcaster told JUVE Patent, “ZDF has long held the opinion that IRT should be integrated into a large research association. It was only after this failed, despite intensive efforts, that the decision to terminate the membership was taken.”

The loss of ZDF leaves a financing gap of €2.5 million in IRT’s annual budget. According to an announcement by IRT, the remaining 13 shareholders of the institute – including the ARD broadcasting corporations Deutschlandradio, Deutsche Welle, the Austrian ORF and the Swiss SRG – found “no viable model for a continuation”.

According to JUVE Patent’s information, both the German and the Italian proceedings are to continue despite the liquidation of IRT. The proceedings in Italy are currently suspended. The Court of Cassation in Rome is examining whether the Regional Court of Turin has jurisdiction, although a lawsuit concerning the same matter is pending in Germany (case ID: 29813/2019).

Currently, Sisvel no longer manages IRT’s patents. The MPEG patents have now expired. However, the institute still holds numerous patents from recent research into other technologies.

Press spokesman Thomas Schierbaum says, “IRT conducts research in the fields of Next Generation Audio, future video technology, artificial intelligence, metadata, All IP/IT, IP distribution, portals and services, accessibility and 5G. Patents have recently been applied for in these areas.” According to Schierbaum, the institute manages these patents with the support of Bremen patent attorney Moritz Koplin. IRT makes its research results available to its shareholders and the European broadcasting industry.

From January 2021, the liquidator will have to address the question of IRT’s patent portfolio. However, Schierbaum says the institute has not yet selected a liquidator. Depending on the outcome of the appeal, the liquidator will also have to observe the potential cost risks and compensation sought. According to IRT, there are already “legal assessments of the opportunities and risks”.

In addition to the dispute over the compensation sought by IRT, the scandal has led to further legal ramifications.

Should IRT’s damages claim against Sisvel at the Higher Regional Court Karlsruhe fail, the institute’s former top managers may face a directors’ and officers’ (D&O) liability suit. The managers are accused of not having sufficiently monitored the patent attorney.

IRT’s managers are accused of not monitoring the patent attorney

Therefore, the end of IRT does not mean the end of the long-standing dispute. A great deal of money is at stake for IRT. If the court were to order a subsequent adjustment of the contracts to include a share in revenue with Sisvel, such a windfall profit would be a boon to IRT’s shareholders, which are currently under cost pressure. But Sisvel has a lot to lose. Even if the courts decide in its favour, it is doubtful whether IRT will reimburse Sisvel for the costs incurred after IRT is liquidated.

In Germany, it is likely the same lawyers will represent the parties as in the first instance proceedings in Mannheim. Thomas Schierbaum told JUVE Patent, “There are many indications that the liquidator will continue to engage the existing law firms.”

Albrecht Hesse coordinated the work of the lawyers, as Bayerischer Rundfunk acted on behalf of all 14 IRT shareholders. IRT is based at Bayerischer Rundfunk’s studio in Munich-Freimann. Bayerischer Rundfunk had already taken on the role in the criminal proceedings against the patent attorney. The broadcaster told JUVE Patent that, at that time, “due to imminent danger, the utmost haste and absolute discretion were required”.

Update 24.11.2022: In the appeal proceedings, the Higher Regional Court Karlsruhe dismissed IRT’s damages claim against Sisvel in November (case ID: 6 U 131/19). The court thus followed the decision of the first instance court in Mannheim. In total, IRT was claiming €276 million plus interest, which media reports estimate to be a further €40 million. The court did not allow an appeal.

JUVE Patent updated this article on 24.11.2022 to reflect the latest developments in the case between Sisvel and IRT in Germany.