JUVE Patent is putting the spotlight on the in-house patent market. From counsel moves to interviews to case law developments which impact technical industries, our developing in-house ticker aims to be a go-to source of information for in-house patent professionals - both in Europe, and further afield. 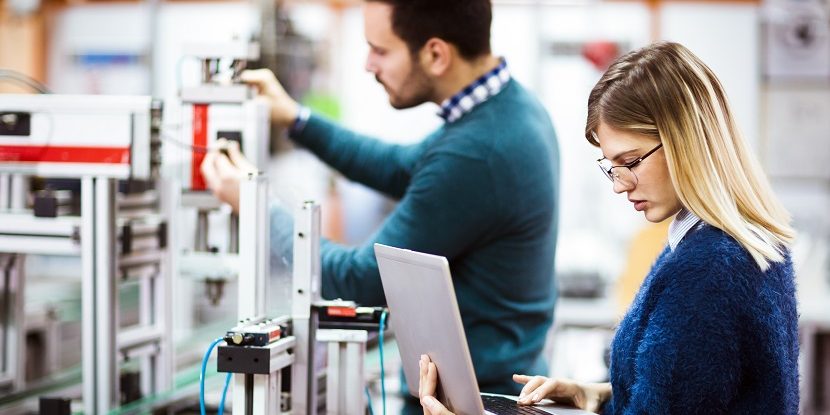 The newly-founded Haleon was previously the consumer product division at GSK but demerged from the group in July 2022. The company will focus on consumer health. Lubienski is qualified as a UK and European patent attorney.

Patent attorney Sean Alexander has moved from Elanco to Chr. Hansen, where he joins a 25-strong IP team as head of global IP strategy and portfolio at the company’s health and nutrition department.

His decades-long career in life sciences has spanned a number of companies and firms, including Procter & Gamble, Royal DSM and Canadian law firm Gowling WLG, where he became partner.

He spent six years at Elanco as managing counsel of patent operations in animal health. When the company acquired Bayer Animal Health in 2020, he was involved in a major patent dispute with French company Ceva that spanned 14 jurisdictions.

His new role at Chr. Hansen marks a return to the human health field.

Pierre-Aimé Despalle has taken on the new role following more than two years with Huawei managing its European wireless technology patent portfolio. Prior to this, he worked on Infineon’s automotive integrated circuit patent portfolio.

Staying in Munich, his new role for ResMed, a medical equipment firm, will involve a focus on standard essential patents

Silke Reinhold is to become the new head of IP at Volkswagen, succeeding Uwe Wiesner who will retire in June 2022. Reinhold is taking over the IP department at a time of profound transformation for Germany’s largest car maker.

JUVE has announced the shortlist for the JUVE Awards Germany 2021, including the nominees for JUVE IP Law Firm of the Year and IP In-house Team of the Year. This year the JUVE Awards will be presented via livestream under the motto “back to live.” On 28 October, the legal community can celebrate the winners at the Frankfurt Opera House or watch the whole ceremony unfold live on juve-tv.de. 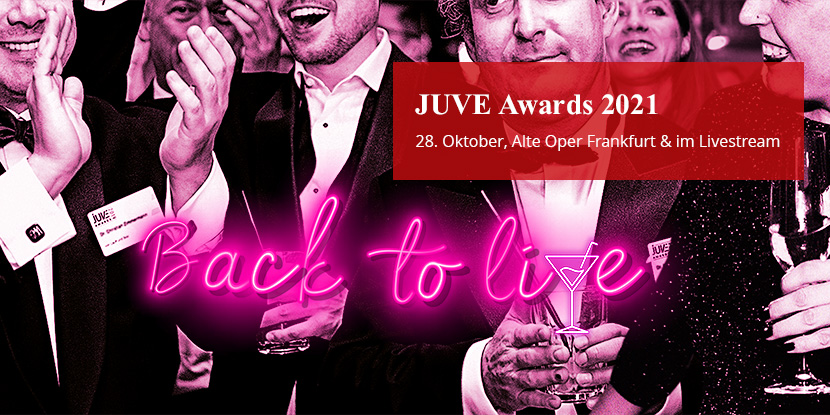 Under the motto “back to live”, the German legal community can once again celebrate the winners of this year’s JUVE Awards in person at the Frankfurt Opera House or via livestream ©JUVE

Following Nokia’s connected cars settlement with Daimler, German auto supplier Continental announced its intention to proceed with its lawsuit against the SEP owner. In an interview with JUVE Patent, Roman Bonn, senior VP intellectual property at Continental, explains the reasons behind this decision.

Read the full interview with Continental on JUVE Patent.

The EPO’s decision to allow compulsory video hearings has caused controversy among some parties. Among them is Bayer, which filed an amicus curiae brief to the Boards of Appeal in response to the G 1/21 hearing. JUVE Patent spoke to Jörg Thomaier, head of IP at the life sciences conglomerate, to hear his suggestions about how the EPO could handle oral proceedings in the future.

Read the full interview with Bayer on JUVE Patent.

IPCom has named patent attorney Edward Tomlinson as its new head of global IP and litigation at its Munich headquarters. His appointment is part of a wider shift by IPCom, to move its patent practice in-house.

In a corona-compliant video awards ceremony, JUVE named Knorr-Bremse as its In-house IP Team of the Year. A trophy was also awarded to an outstanding German IP Law Firm of the Year 2020. 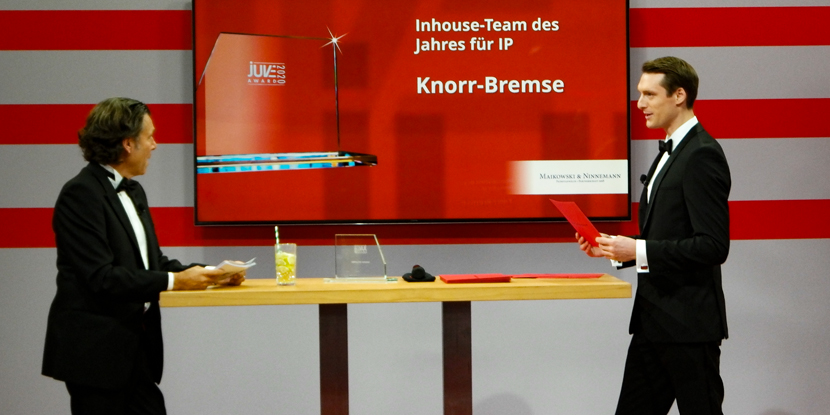 Thyssenkrupp Elevator’s previous head of IP, Stephan Kohlhof, is moving to the same position at Swiss company Interroll. The European patent attorney now heads the IP department at Interroll, which manufactures conveyor belts for the transport of products.

Bernhard Frohwitter has left non-practising entity, IPCom. His successor as managing director is Pio Suh. The change in management is being accompanied by a comprehensive reorganisation of the company’s structure.

As Xiaomi expands westwards, protecting its patents in Europe is essential to the company’s developing IP strategy. Liu Zhen, senior legal director and head of global litigation at Xiaomi, speaks to JUVE Patent about Xiaomi’s patent prosecution and litigation strategies, its approach to risk management, and why Xiaomi is still optimistic for a functioning UPC.

Read the full interview with Xiaomi on JUVE Patent.

With G 3/19, the Enlarged Board of Appeal confirmed a decision that plants and animals derived from an ‘essentially biological process’ are not patentable. But this has caused controversy. Jörg Thomaier, head of IP at life sciences conglomerate Bayer, explained to JUVE Patent how the new regulation could curtail innovation in European agriculture.

Read the full interview with Bayer on JUVE Patent.

Have a contribution to make? Email amy.sandys@juve.de or patent@juve.de to let us know.