In December, Deutsche Telekom is selling its portfolio of real-time traffic and navigation patents via auction. If the sale is a success, this could lead to a future model for more of the German telecommunication giant’s IP transactions. Such a change could impact the wider European market for patent auctions. 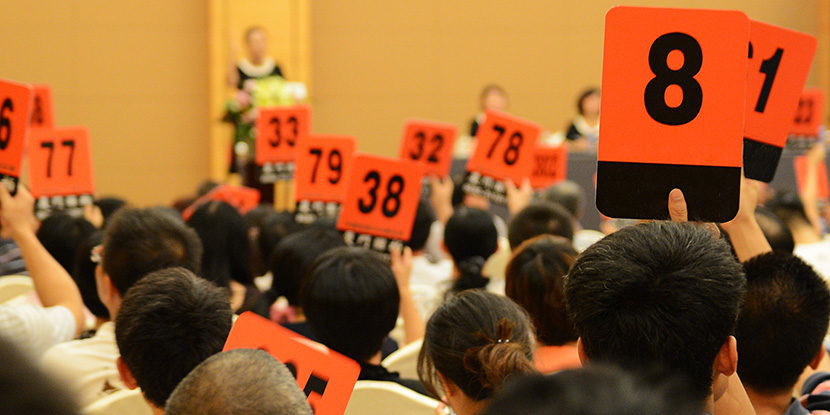 At the beginning of December, Deutsche Telekom will hold an online auction for its transport and navigation patents ©xy/ADOBE STOCK

“Patent portfolios often change hands with the help of IP brokers,” says Tim Oelmann, responsible for business IPR management at Deutsche Telekom. “However, for the sale of our navigation patents, we deliberately decided against this route, in favour of an auction.”

At the end of October, Germany’s largest telephone and internet provider announced the sale of its patent portfolio relating to smart vehicle navigation systems. The Bonn-based company invited interested parties to register for the auction, scheduled to take place in the first two weeks of December. Now, preparations are in full swing.

At the auction, 21 patent families with a total of 168 patents will go under the hammer. The patents are proprietary developments of Deutsche Telekom and its subsidiaries. The portfolio covers smart traffic and real-time navigation technology. This includes, for example, applications that immediately consider current traffic jams. Through the sale, Deutsche Telekom hopes to target car manufacturers and suppliers, as well as producers of navigation systems and related software.

The auction is also a pilot project. Through the trial, the company is looking to break new ground in IP transactions in Europe. Globally, however, patent auctions are not a new phenomenon.

Recently, Intel tried to auction its 5G smartphone modem business in the US. Intel put 8,500 patents up for auction in two packages in summer 2019. However, according to press reports, the US chip manufacturer stopped the auction shortly afterwards. This was because Apple directly acquired a large portion of the patents.

The following December, Intel reopened the auction to find a buyer for the smaller of the two portfolios, related to connected devices. Sullivan & Cromwell partner Nader Mousavi organised the auction, indicting that the auction was more of a bidding competition than a real auction. JUVE Patent is unaware whether the auction is still underway or was a success.

The mother of all patent auctions was the 2011 sale of the immense Nortel portfolio. After the technology company became insolvent, a huge portfolio of over 6,000 patents flooded the market. The portfolio covered technologies such as wireless, wireless 4G, data networking, optical, voice, the internet, service providers and semiconductors.

Finally, the portfolio went under the hammer for 4.5 billion US dollars. The buyer was a consortium of Apple, Microsoft, Research in Motion, Ericsson, Sony and EMC. Google joined as another bidder.

In contrast, market observers say Yahoo’s 2017 auction of its patent portfolio was a flop. The company ultimately failed to make the one billion US dollars envisaged for the approximately 3,000 patents. A large portion of the intellectual property rights went to a company called Excalibur IP, which well-known NPE Acacia Research bought this year.

Thus, private patent auctions are relatively commonplace in the US. The Intellectual Capital Merchant Banc Ocean Tomo, for example, says it regularly organises such events. Nothing is known about the success and number of auctions. But they are no mass phenomenon, according to in-house lawyers from various technology corporations.

Outside the US, patent auctions tend to be wallflowers. Recently, Seoul Semiconductor auctioned off two portfolios with the help of Munich-based digital licensing platform Good IP. In its first auction, Seoul Semiconductor offered 98 patent assets related to power amplifiers and gallium nitride (GaN) RF semiconductors. The assets included 55 US patents.

In a second auction, the Korean company offered over 100 patents, including US, European, Chinese, Japanese, and Korean patents related to high-power LED packages and adaptive lighting. JUVE Patent does not know the outcome of the auction.

Deutsche Telekom is aiming for more transparency in its sales. An extensive media campaign accompanied the start and the first phase of the auction.

Interested parties can register with the auctioneer Innovative Auctions. Deutsche Telekom calls this first phase ‘bidder qualification’. Any interested party must also provide information about itself, for example its ability to pay. Deutsche Telekom has drafted ethical and legal standards to exclude pariahs from among the bidders. After all, the company says, it does not want to help launder illegal or drug money. Otherwise, the auction is open to any kind of serious bidder.

Innovative Auctions guarantees all participants full anonymity during the auction. Even Deutsche Telekom will not discover the identity of the bidders.

Innovative Auctions is organised as a German GmbH and a limited company. It specialises in conducting high-stakes online auctions, with extensive experience with auctions. Mostly, its auctions are concerned with mobile frequencies and software. A few years ago in Germany, the company supported the motorway service station operator Tank & Rast. This was regarding the sale of five-year licences to distribute fuel to the majority of Tank & Rast’s service stations.

Deutsche Telekom under the hammer

A participant registered with Innovative Auctions has full access to the data room. This contains information on the patents, as well as the non-disclosure agreement and purchase contract. Bidders have until the beginning of December to carry out due diligence and submit an initial bid. Deutsche Telekom sets a minimum bid, although it will not publicly comment on the amount. Anyone who wants to make it to phase two, the actual auction, must pass this threshold.

The day of the actual auction is at the beginning of December, most likely the second week. Then, as in a traditional auction, all remaining bidders will sit in a virtual room, trying to outbid each other. Deutsche Telekom says interruptions are possible; for example, to discuss the next bid internally. 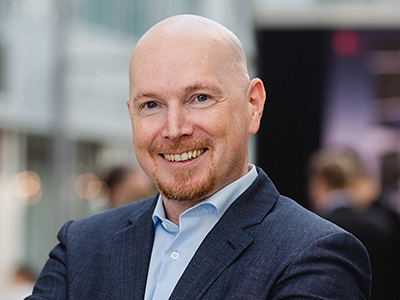 Once the company determines the highest bid, everything should run quickly. The final purchase contract, already pre-formulated in the data room, should be concluded. Stephan Altmeyer, head of IPR Legal at Deutsche Telekom, assumes that some minor changes may occur, to take into account the buyer’s wishes.

Deutsche Telekom only discovers the highest bidder when the patents are transferred to the new owner; if it is possible for the company to refuse the bidder has thus come into question.

As one expert says, a traditional auction with a final auction day – albeit in a digital auction room – is an unusual format. “Usually, patent auctions are more like a traditional bidding process where everyone makes their bid, and at the end the owner chooses the best bid.”

Oelmann explains, “We want to use the auction to achieve a price consistent with market conditions. We want to achieve a good and fair price. We consider the classic IP transaction via one of the many IP brokers based in the Anglo-American region to be unsuitable in this case. The business environment of many IP brokers is rather intransparent.”

Patent brokerage firms find potential buyers on behalf of the patent holders and obtain a good sale price for the buyers. Essentially, IP brokers thrive on their good networks of potential buyers to whom they offer the assets. However, critics such as Deutsche Telekom accuse brokers of lacking transparency in pricing and the selling process.

Patent brokerage firms such as Ocean Tomo, Iceberg IP or IAG IP are well-known. In Europe, Sisvel or France Brevet offer similar services. However, these European companies, similar to some US providers, also actively market patents through licences and enforce them through litigation. This can be too aggressive for patent holders and sellers.

Altmeyer explains, “From our point of view, IP brokers are a good option if you want to sell very specific portfolios to certain companies or have a portfolio that only covers certain regions”. In these circumstances, IP broker networks are very useful.

Best of both worlds

Oelmann says, “We have doubts that we would achieve a fair market price for a portfolio of navigation patents in this way. We have therefore decided to take part in the auction.”

Deutsche Telekom is not a traditional company geared towards maximising profits. It emerged from the former West German state-owned companies of Deutsche Post and Deutsche Telekom. Additionally, as a mobile communications provider it is used to auctions – for example, it frequently auctions for LTE or 5G. The company’s legal department is also experienced in IP transactions and licensing deals. 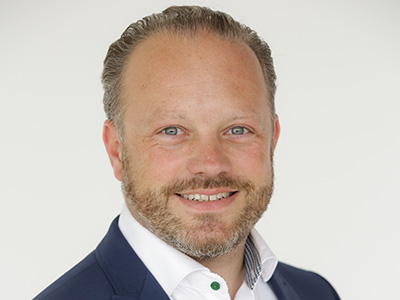 Therefore, the company developed the auction format itself with in-house experts from the IPR legal and business departments. For external support, Deutsche Telekom experts around Tim Oelmann and Stephan Altmeyer brought in academics from the University of Cologne who are conducting research into auctions in the economy.

One observer says that the success of the transaction hinges largely on Deutsche Telekom succeeding in approaching the right bidders, to end up with the correct price. This is a major difference to frequency auctions, where the group of interested parties is always fixed in advance.

First and foremost, Deutsche Telekom is looking to target car manufacturers and their suppliers. Usually, such companies are experienced in large-asset transactions. It is therefore under evaluation whether the auction’s format will deter them. After all, on the final day of the auction the companies must set up a cross-departmental team in order to have a flexible response to price developments.

But those responsible at Deutsche Telekom are not worried. For Deutsche Telekom, the campaign is also a conscious attempt to establish a new business model. “If we are successful, we can imagine doing it again,” says Oelmann. “We would like to promote greater transparency in IP transactions.”

The auction also marks the beginning of a new IP strategy for the German telecommunication provider. In future, the company wants to more actively exploit IP that does not match its core business. For example, it could achieve this through licensing and spin-offs, or simply through sales.

Currently, Deutsche Telekom holds 8,600 individual patents. Oelmann says, “Auction sales like this help us sharpen our patent portfolio. Furthermore, they offer the opportunity to focus on the protection and defence of our strategically important patents and technologies.” (Co-author: Christina Schulze)

Update: JUVE Patent has since been made aware that Deutsche Telekom has postponed the auction until 26 January.