Women working in intellectual property still expect a trade off between building a family and career success, according to a global survey by World Intellectual Property Review. The findings, published in conjunction with WIPR's project WIPR Influential Women in IP, focus on the current state of gender diversity in IP organisations. From speaking to women in IP firms, JUVE Patent found that policies such as agile working and flexible leave can contribute to gender balance in the profession. 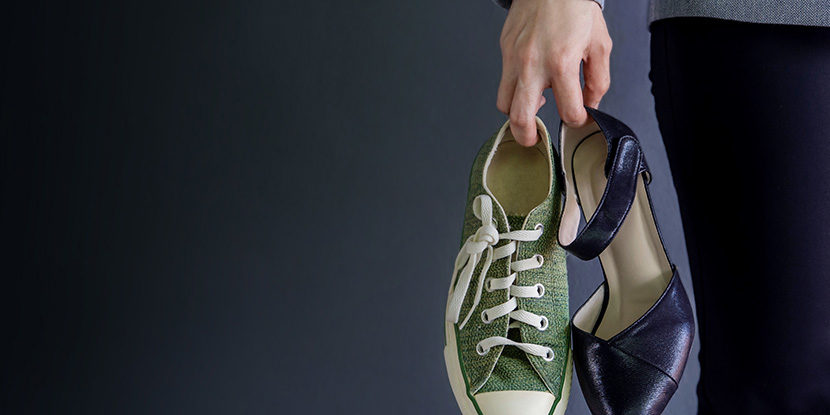 Many women working in IP feel there is a trade off between building a family and their career progression. Increased uptake of flexible working policies is beginning to mitigate this. ©blacksalmon/ADOBE STOCK

277 people responded to the WIPR survey, with the gender split breaking down into 222 women and 49 men. Six preferred not to specify their gender. Those numbers point to an encouraging number of women providing insight into their experiences. But, there remains a disparity in the number of men willing to share theirs.

Perhaps men are less engaged in issues of gender; perhaps less knowledge is held on the subject of gender diversity. However, results suggest that engaging men in diversity initiatives is crucial in addressing gender imbalance in IP organisations.

A recent article for JUVE Patent suggested that the European patent litigation market is making meaningful attempts to address historic failings around gender diversity. This is reflected in the figures recorded in the WIPR survey. It shows, at 64%, a majority of law firms publishing a diversity and inclusion policy. In private practice, at 51% just over half of respondents belong to an organisation with a diversity and inclusion policy.

“Organisations have put forth meaningful efforts to recruit and retain female lawyers, and to build supportive cultures, and the results are tangible,” Nicola Dagg, partner at the London office of Kirkland & Ellis, explained to JUVE Patent. “I see a real need for diversity in law firm practices.”

And such diversity is retained by adopting a diverse approach. For Charlotte Weekes, IP partner at the London office of Pinsent Masons, being promoted to a partnership position while on maternity leave makes her aware that people still need to know career progression is based on talent. 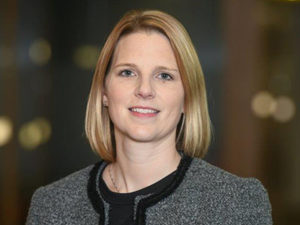 “It can’t be seen as an exercise in box-ticking, nor to fulfil a diversity and inclusion requirement, if you are a woman with children” says Weekes. “I could pursue the same career path as my male colleagues, and it represents the flexibility of my firm.”

Such flexibility is sought after by female employees of IP firms, 67% of whom answered “yes” to the survey question, “Do you think there is a trade off between building a family and career success?” Tellingly, the percentage went down to 43% among male respondents.

A strong support system is vital in ensuring no trade off occurs, says Miriam Kiefer, managing partner at Düsseldorf boutique Kather Augenstein. Like Weekes, she was also promoted to managing partner status while pregnant. Kiefer notes that throughout her career, good role models have supported this continued career development – from beginning as an associate, to taking maternity leave in the past few years.

“Due to excellent role models, after my son was born I could choose how best to structure my work,” says Kiefer. “I was asked an open question in, ‘what would you like to do?’. This comes from belonging to a boutique law firm with an open approach to flexible working and parental responsibilities.”

The more open approach to flexible working such as described by Kiefer is reflected in the statistics. In answer to the question, “Does your company have a flexible working policy?”, 81% of respondents said yes. Just 14% answered no, with 5% saying they were not aware of one. A large contingent of “yes” answers is encouraging for the global intellectual property law sector. It illustrates a growing recognition that the classic working week no longer fits the expectations of traditional family roles.

Yet flexible working policies are only positive for the IP sector if responsibilities are willingly shared. To be effective, the family itself must consider the best way to balance its commitments.

Kiefer says, “One field is within the company, and one field is how every family decides they’d like their family life to be. The division you choose is still a personal decision; it’s not only women that need to be supported and encouraged.” 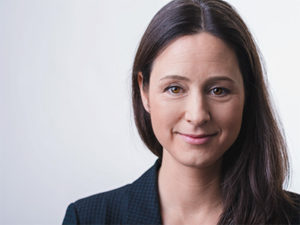 And while Kiefer’s experience with role models is positive, there remains a deficit of senior female role models for women in IP. This is partly down to the difficulty in finding women in senior positions with a scientific background. WIPR findings show that currently, less than 900,000 women work in core science, technology, engineering and maths (STEM) occupations in the UK.

This is out of 5.8 million people, or 20% of the UK workforce, currently working in science occupations. This constant thread throughout organisations means role models for younger female associates are difficult to find.

However, both Weekes and Kiefer agree that role models do not have to be women who are mothers. Men willing to contribute a broad approach and understanding are valuable in such roles, as are women in senior positions without children.

“It’s important to have women, and men, in the profession from all kinds of family backgrounds, for example those who have children and those who don’t,” says Weekes. An increase in the number of female role models would be positive. But the approach to diversity and flexibility does not have to be uniform.

Since spring 2017, UK companies over a certain size have been obliged to publish details of their pay for men and women. This includes many law firms, the data for which is available publicly. A cursory examination highlights the difference in what some top-tier firms pay their male and female staff.

The IP department at the London office of Kirkland & Ellis, for example, is led by top litigator Nicola Dagg. It also includes a high number of women. However, the firm as a whole records a 26.3% difference in pay between male and female employees, although this is down from 33% in 2017.

As noted by WIPR, Kirkland & Ellis base this on data aggregated from positions across the entire company – including those ones filled solely by women, such as secretarial work. While pay grades will alternate between secretaries and partners, the uptake of certain job roles by specifically men or specifically women continues.

A theme persistent across all law firms in the UK, Europe and globally, it highlights a long-established expectation regarding the function of certain job roles.

On the other hand, some firms report more women than men at partner level. Weekes notes that half her team’s partners are female. “I am fortunate that in my team we have a good gender balance. I know this may not reflect the experience of others working in this area or other practice areas but I have been fortunate to work with and train under female leaders.”

“It may be that our focus on life sciences and pharmaceutical is part of the reason for this, however, as there is a good representation of women within our clients too.”

The benefits of fostering an inclusive atmosphere is proven for staff and clients, but the WIPR survey suggests there is still a way to go. Responses show that many women in IP feel that motherhood means compromising future career progression. This is partially down to outdated maternity and paternity policies which do not fit into current career expectations. This can mean a lack of flexibility towards shared parental responsibilities.

Where the survey asks, “Is parental leave at your company the same for men and women?”, 31% of respondents answered with yes. However, at 44% almost half said no. Perhaps even more worrying is the 25% for which their company’s current parental leave policy remains unclear.

Continual lack of dialogue between organisations and employees in matters concerning family life only serves to perpetuate a feeling of alienation.

Law is a service-driven sector. Clients expect a service in a timeframe often at odds with the hours worked by those working flexible hours. Male associates or partners are therefore sometimes more likely to fulfil such demands, particularly if made at the last minute.

Weekes says, “In litigation work, there can be big demands on your time particularly during trial preparation and trials.  However, being able to work in an agile manner, for example from home, enables urgent things to be dealt while mitigating the impact on personal and family life.”

While rigid demand still exists, some clients are adapting to this change in working expectations. This is particularly true of clients based in Scandinavian countries, says Kiefer, who are used to a more flexible working approach.

Kiefer says, “In these countries it is uncomplicated and with a better client approach. Mixed teams in meetings are a natural and normal part of working life, and the clients live the values which they put forward. Clients in other countries still have a way to go.”

A recurring theme in the WIPR survey results is an apparent lack of awareness about organisational diversity policies. The reasons for this are hard to distinguish. As Kiefer asks, “Is it because of a lack of communication? Or is it because the written down diversity policy is simply not being acted on?”

Of course consideration should be given to the survey’s audience, which is naturally comprised of engaged IP legal practitioners. But it is an encouraging statistic about a continually pressing issue, especially as the impetus for change has waned in the previous five years, according to some female partners.

As long as IP firms and in-house teams tend towards a flexible work approach for both women and men, IP could blaze a trail for other areas of law.

The World IP Review global survey focuses on the current employee experience of gender equality in law firms, as well as in-house counsel and those in private practice. A total of 277 people responded, representing a variety of respondents across all five continents. Most prominent in their responses was Europe, making up 50% of the survey, North America at 27% and South America at 5%. Respondents from the rest of the world accounted for 18%.

Of the respondents, at 65% most hailed from private practice. In-house intellectual property professionals are represented by 22% of respondents. Those working in a service/IP office made up 11%, and the remaining 6% are from backgrounds which did not fit into the above descriptions.