A scarcity of patent judges and the delay of a crucial judgment to clarify its position on FRAND are two issues already facing the UK patent courts. Now the UK government has rejected its ratification of the Unified Patent Court project. Amid the turbulance, the UK government must recognise the value of London as a centre for patent law decisions. 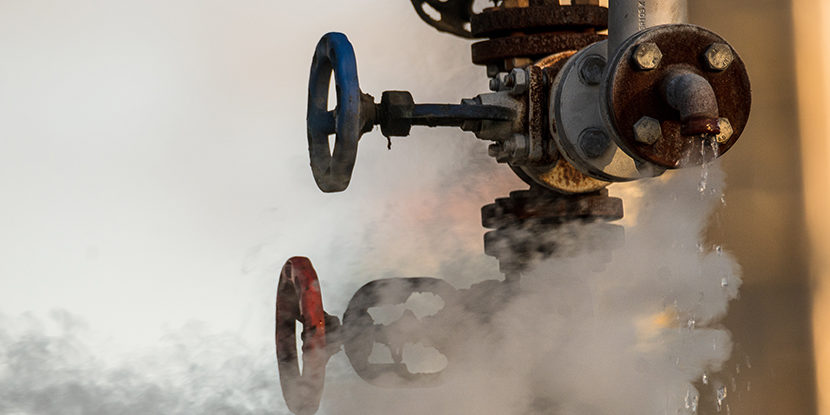 Following the Brexit referendum, the London patent community around UPC frontman Kevin Mooney convinced Theresa May’s government to continue to participate in a court to which the CJEU, so critically regarded by some in the UK, has access. Indeed, London’s market and its players were involved in shaping the European patent court and its legislation from the start.

The government still ratified UPC laws, despite also negotiating the UK’s exit from the EU. It even approved funds for the premises for the UK UPC division in London’s Aldgate Tower. The refurbished premises, located in the heart of the City, were poised to hear some of Europe’s biggest pharmaceutical cases. What didn’t the UK do to ensure London becomes an important, if not the most important, part of the UPC?

But now all this preparation for nothing. Last week, Downing Street announced that the UK will no longer participate in the patent court. For many in the patent community, Boris Johnson has done the London patent courts – as well as the UK’s reputation as a commercial hub – a disservice.

The UK’s patent courts are without doubt internationally significant. Naturally, despite its ever-changing roster of IP ministers, the UK government is aware of this. However, perhaps its advisors are unaware of the extent to which the court is facing serious challenges. JUVE Patent has heard from many patent lawyers across Europe that the timing of such a big announcement is at odds with the current issues the court is facing. Just how up to speed is the government with its country’s importance in patent-law decision making?

At present, the UK High Court in London is coping with only one full-time judge experienced in patent litigation. It is using deputy judges to fill the void left by the recent death of Henry Carr and the promotion of Richard Arnold to the Court of Appeal. Nevertheless, Colin Birss is currently the only High Court judge qualified to hear the most complex patent cases.

It is likely the two permanent positions will remain vacant until at least October, when the new legal term begins. Currently, the court is just about keeping its head above water. However, JUVE Patent has heard from trusted sources that the judicial recruitment process is speeding up.

After all, the longer the wait, the longer the disruption to the UK’s usually smooth proceedings. An inability to fill the vacancies could lead to slower decisions, longer proceedings and differences in the quality of judgments. Not to mention increased pressure on the top-flight barristers being drafted in to help. Being stretched to capacity is the last thing the UK patent courts need while competing with a potential supra-European court.

At the same time, London patent experts have been hoping for months that the Supreme Court will confirm High Court judge Colin Birss’ new case law on global FRAND licences based on a UK patent. The decision, if upheld, would elevate London to a global FRAND hotspot.

But the Supreme Court is hesitant. Originally, the ruling was expected in January. Now there is a risk that a settlement between Huawei and the US non-practising entity Panoptis will pre-empt the verdict in the lawsuit between the latter’s subsidiary Unwired Planet, and the oft-maligned Chinese mobile phone manufacturer.

According to new US documents, Panoptis and Huawei have already agreed on an interim settlement. The parties have asked several courts to suspend the patent proceedings.

Under UK law, even if the parties withdraw the case, the Supreme Court can still decide on legal issues. This is due to the fundamental importance of cases heard at the highest instance. However, whether the court issues an overall ruling depends on the parties, as well as the type of agreement reached. In Germany, too, Unwired Planet and Huawei are awaiting a ruling from the highest court.

The UK’s patent court could be sidelined without both the confirmation of Colin Birss’ FRAND judgment, and new judges. Companies and their lawyers always seek competent and reliable courts for patent lawsuits. Naturally, this is often the UK. But it could be that Boris Johnson’s government has undermined the reputation of the London patent court with its rejection of the UPC.

The timing of the announcement is also subject to contention. The appointment of new IP minister Amanda Solloway came on the same day as the UPC declaration. Was the decision made to ensure she entered into office with a bang? After all, Solloway is the government’s third IP minister in a year.

Or is the government trying to strengthen its position in preparation for negotiating a trade agreement with the EU? The government called for this on the same day as it confirmed its withdrawal from the UPC. Perhaps Johnson wants to keep at least one ball in his court.

Furthermore, there are whisperings that the rejection of the UK’s UPC division could create an opportunity for Dublin. Given Brexit, Ireland had already been earmarked as an attractive destination for patent litigation. Several London offices have, slowly but surely, been staffing their Irish counterparts over the past few years. After all, the country is English-speaking. It will also, hopefully, maintain a border with both the EU and the UK. Maybe Dublin could seize this opportunity to become another UPC hotspot.

“Participating in a court that applies EU law and is bound by the CJEU is inconsistent with our aims of becoming an independent self-governing nation.”

Downing Street has justified its decision regarding the UPC. Regardless of the general disappointment, the announcement makes perfect sense. It would be hard for a government that has fundamentally rejected any intervention by any EU body to comply with an entity presiding under the CJEU.

In London, though, experts wonder why the government could not have waited until the Supreme Court had ruled on FRAND, or until the High Court had name its two successors for the bench. After all, the UPC has been on ice for years, blocked by the constitutional challenge in Germany.

Besides, Downing Street will not be able to get rid of the UPC that quickly. The Vienna Convention on the Law of Treaties sets out a clear procedure for when a state wants to withdraw from a treaty that it has already ratified.

Boris Johnson’s government would be well-advised to fill its national patent court with competent judges as soon as possible. In future it should listen more closely to patent experts, as well as wider industry concerns. However, given the current government’s disdain for the UK court system, this might be unlikely. It will also be pleased that the UPC was never enforced during the UK’s brief tenure. This makes the question of its extraction political, rather than legal.

On the other side of the Channel, the German government has been listening closely to industry. Germany is perhaps the country that the UK would like to see lose its status as the most important patent nation.

But at the beginning of the year, the German government responded to industry and legal profession requests for reform by drafting a new patent law. The market demanded faster nullity proceedings before the Federal Patent Court. However, some players also criticised the automatic injunction.

Furthermore, the wheels of the German Constitutional Court are finally spinning faster. Sources close to Karlsruhe suggest a verdict on the UPC complaint is likely in March. Maybe the UPC will be up and running quicker than many first thought. Regardless, it will be one member state short. (Co-author: Mathieu Klos)