For the first time, the General Court of the European Union has established new chambers and introduced an IP specialisation. The new chambers are part of a court reform initiated in 2015. Patent lawyers hope that this will make the quality of decisions at the EGC more predictable.

In September, the General Court of the European Union (EGC) appointed seven more judges. The enlargement of the IP chambers was accompanied by a reorganisation of the court. For the first time, the court has introduced a specialisation of the chambers.

Until now, the chambers distributed all cases between them. A court spokesperson explained to JUVE Patent that now, IP cases will be heard in six of the ten chambers. However, the IP chambers will still deal with other cases. Additionally, the court has introduced a rotation principle for judges.

“It’s great that a specialisation of the chambers is being introduced. This will improve the quality and speed of judgments,” says Till Lampel, a trademark lawyer at Harmsen Utescher in Hamburg. “However, six chambers are a lot and this carries the risk that the jurisprudence will be fragmented. The principle of rotation is also somewhat of a hindrance to the specialisation of judges.”

The fifth to tenth chambers are now responsible for IP. IP cases are actions against decisions of the Boards of Appeal of the European Union Intellectual Property Office (EUIPO) and the Community Plant Variety Office (CPVO).

For this reason, cases concerning trademarks, designs and plant variety rights are the primary aim of the specialisation. They are registered centrally throughout the European Union, via the EUIPO and the CPVO. Other matters, particularly SPCs, come to the CJEU via the national courts. There are currently no plans to establish a specialisation for SPC cases. 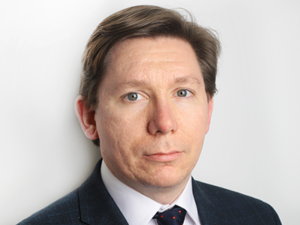 “It is disappointing that no chamber for SPCs is to be established” says Alexander Robinson, UK and European patent attorney at the London office of Mathys & Squire. “Because some of the difficulties arising from the SPC Regulation are exacerbated by unclear CJEU jurisprudence.”

Robinson adds, “This betrays a poor understanding of patent law. For example, when assessing whether or not a product is protected by a patent for the purposes of the regulation.”

He refers to the decision by Mr Justice Arnold in Teva vs. Gilead ([2018] EWHC 2416 (Pat)), in which the judge remarked that the CJEU is prone to “Using terminology derived from patent law, but not in accordance with its meaning in that field.” This, according to Robinson, is not especially helpful.

Legal basis for the reorganisation lies in Article 270 TFEU and Article 50a of the Protocol on the Statute of the Court of Justice of the European Union.

The launch of the new chambers has been largely low profile. It is expected that the chambers will begin work in October.