The EU is alleging that Chinese courts are blocking European telecommunication companies from protecting their SEPs at foreign courts. As a result, it has launched a case against China at the WTO. According to the EU, preventing companies from exercising their patent rights is in violation of the TRIPS agreement. 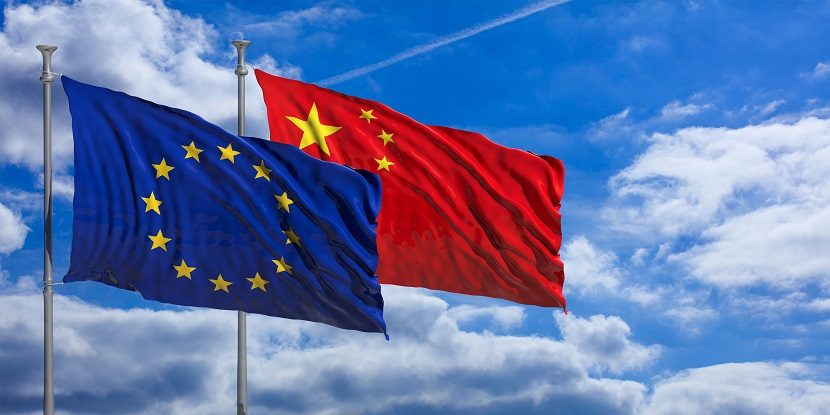 The EU is challenging China over the country's use of anti-suit injunctions, which it says prevent European telecommunication companies protecting their SEPs at foreign courts ©Rawf8/ADOBE STOCK

The European Commission last week filed a challenge at the World Trade Organisation (WTO). The EU is responding to what it says are Chinese courts deterring European companies from using foreign courts to protect and use their patents, via the implementation of anti-suit injunctions.

Recently, courts in China have showed their willingness to determine global FRAND licences for patent holders. This is alongside the UK courts, which asserted this authority with regard to ETSI standard essential patents via the Supreme Court decision between Unwired Planet and Huawei in 2020. But now the EU is growing concerned with what it deems unfair competition practices.

As requested by the EU, the first step will be a dispute settlement consultation. However, if in 60 days the consultation does not lead to what the European Commission describes as a “satisfactory solution”, it will turn to the WTO to set up a panel on the matter.

According to a European Commission press release, “China severely restricts EU companies with rights to key technologies (such as 3G, 4G and 5G) from protecting these rights when their patents are used illegally or without appropriate compensation. The patent holders that do go to court outside China often face significant fines in China, putting them under pressure to settle for licensing fees below market rates.”

“This [is] depriving European technology companies of the possibility to exercise and enforce the rights that give them a technological edge.”

Although not new as a tool in civil law suit, anti-suit injunctions have gained traction in the last few years. This could be due to the rise in patent disputes involving European telecommunication companies at Chinese courts.

In August 2020, the Supreme People’s Court in Beijing decided that Chinese courts use ASIs to prohibit patent holders from going to foreign courts to enforce their patents. Otherwise, the court ruled that violation of the sanction would lead to hefty daily fines.

However, in this case, Huawei chose a further defence strategy by applying to the Supreme Court of China for an ASI against the German court’s decision.

Samsung and Ericsson the showcase

Then, towards the end of 2020, a licensing dispute between Samsung and Ericsson saw the escalation in the use of AASIs. On Samsung’s request, the Wuhan Intermediate Court of China issued an ASI. This established the court’s jurisdiction to set a global FRAND rate. It also prohibited the Swedish mobile phone company from enforcing an injunction against Samsung under its 4G and 5G patents.

Furthermore, no other foreign courts could set a FRAND licence for Ericsson.

Although the Wuhan ASI was already extensive, the Chinese judges went one step further. They prohibited Ericsson from seeking an order elsewhere to restrict Samsung from enforcing the ASI from Wuhan. The Chinese judges ordered an ASI and an AAASI (anti-anti-anti-suit injunction) in one fell swoop.

Samsung and Ericsson settled all global licensing issues and litigation in May 2021. But patent experts warned that this escalation in ASIs between China and Europe could lead to action on a political level. Now, with the European Commission filing its first WTO complaint, it is clear the bloc sees ASIs issued by Chinese courts as contravening the WTO Agreement on Trade-Related Aspects of Intellectual Property Rights (TRIPS).

Valdis Dombrovskis, the European Commission’s Executive VP and Commissioner for Trade, says, “EU companies have a right to seek justice on fair terms when their technology is used illegally. That is why we are launching WTO consultations.”

Last year, the Regional Court Munich already stated its intention to classify implementers in FRAND disputes that file anti-suit injunctions as unwilling licensees. It seems likely that, even before now, the German judges also want to end the ASI spat with Chinese courts.

Now the market awaits the outcome of the EU’s challenge. However, it could take years before the WTO resolves the issue.