The EPO has frozen its cooperation with both the Russian patent office and the Eurasian Patent Organisation as a response to Russia's invasion of Ukraine. Now the European Patent Organisation has launched a new network to better coordinate European efforts to support the country's people and industry. However, the long-term impact of the conflict on the connected patent networks will not be clear for some time. 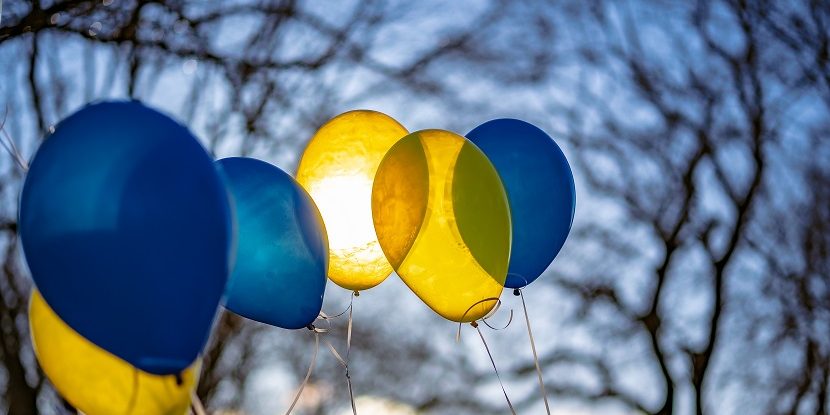 The EPO continues to demonstrate its support for Ukraine following Russia's invasion of the country, through humanitarian measures and measures to protect its patent industry ©Veljo/ADOBE STOCK

On 24 February 2022, Russia invaded Ukraine. Ongoing loss of human life and resources notwithstanding, the current military operations are diminishing Ukrainian business while throwing industry into turmoil. Europe’s patent market, including the European Patent Office, continues to offer support to Ukraine and the Ukrainian people.

The EPO is taking the lead in the show of solidarity from its member states. Furthermore, it is working with European and international partner offices to enforce practical, as well as moral, supportive measures. Yet, the office notes the impossibility of predicting the long-term impact on patenting activities in the future. EPO spokesperson Luis Berenguer says, “Past experience shows that the effect of global developments take time to impact on patenting activities at the EPO, and may only become visible at a later stage.”

On 1 March, the EPO froze its collaboration with the Russian Patent Office, as well as the Eurasian Patent Organisation. Despite having no formal cooperation with the Belarusian Patent Office, the EPO also suspended ongoing activities with the office. Berenguer says, “We will continue to live up to our responsibilities in all areas of our activity and services as a patent office and international organisation, to promote open and genuine dialogue as the right path to restoring lasting peace in Europe.”

He says, “On the EPO’s side, we are ensuring that the territorial boundaries of Ukraine and Russia are correctly reflected in incoming applications. We will proceed to ex officio corrections, where necessary.”

Currently, the EPO is also working to offer active support to the Ukrainian patent market. On 3 March, the EPO clarified its provisions under Rule 134(5) of the European Patent Convention. This “offers a safeguard in the case of non-observance of a time limit as a result of a dislocation in the delivery… this provision applies to cases where the failure to observe time limits is the result of exceptional circumstances beyond the control of the person concerned.”

As such, the EPO will accept late filed documents, if the correspondent can prove they were unable to sufficiently post their documents in the ten-day period preceding the expiry date. This flexibility should ensure those fleeing Ukraine or experiencing a state of disruption will encounter fewer adverse effects on their filing of patents and IP.

On 7 April 2022, EPO president Antonio Campinos met with Andrew Kudin, the director general of Ukrpatent. According to an EPO press release, Campinos said, “On behalf of the EPO, on behalf of our staff, let me express how much we are impressed by the way the Ukrpatent is handling the consequences of this military aggression.”

Berenguer explains that the two parties discussed how the EPO can further support Ukrpatent on IT matters. This is an especially pressing issue, given that much of its work is being conducted remotely and without the necessary infrastructure. The parties also explored having some Ukrpatent staff members at the EPO as ‘seconded national experts’. He says, “We’ve also reconfirmed our full support for Ukrpatent in making progress towards an enhanced partnership between our offices, which will lead the way towards stronger and closer cooperation in the long term.”

Kudin also relayed the efforts of the Ukrpatent staff to keep the patent office running. This includes some of the Ukrpratent staff “working around the clock, in incredibly difficult conditions” – including those who have lost their homes. However, Kudin also noted that amid the tragedy, its staff members continue to help with ongoing humanitarian efforts.

Similarly, EPO staff continue to demonstrate their personal solidarity. Measures include donations to the Red Cross and the UN Refugee Agency, which are the two main charities working on the ground, as well as office-wide fundraisers. Staff have also raised over €265,000 via personal contributions, with the EPO as an organisation also pledging a further €150,000. Similarly, some EPO staff have even driven Ukrainian refugees from the border to their homes in the Netherlands or Germany.

JUVE Patent has reported on the other measure taken by EPO member states, with countries also pursuing actions with regard to sanctions as members of the European Union. IP offices in third-state countries further this commitment to support. For example, the UK Intellectual Property Office is upholding the UK government’s economic sanctions against Russia, with respect to intellectual property. It will no longer provide IP services to organisations based in Russia, or support their associated agents or any organisation on the list of sanctions.

Berenguer notes that a strength of the EPO is the coordination of its member states. “In this case, it’s also important because we’re talking about intangible assets, such as IP rights, which need coordinated action.”

As such, at the European Patent Organisation established the EPN (European Patent Network) Responsive Network at its Administrative Council meeting on 22 March. This is an initiative bringing together the EPO and the member states’ national patent offices. According to the EPO, it will be a hub for open information exchange, through which members can coordinate actions “in a timely manner”.

The EPN aims to provide EPO member states with a clearer picture of the overall situation. Through this, the office hopes to better demonstrate how the people of Ukraine can be supported through decisive action.

Another major talking point in the global patent community has been Russia’s suspension of patent protection for companies from so-called unfriendly countries, including almost all EPO member states. The Russian government authorised the passing of Decree No. 299 as a response to economic sanctions imposed by various other governments.

In practice, the action is similar to compulsory licensing in that it allows the expropriation of company IP rights. Russian companies and persons can use inventions previously patented in Russia by foreign companies, without any liability for infringement or damages. According to the EU, it is mostly a defensive mechanism used by Russia in retaliation to what it perceives as an international threat.

The EPO comments, “While questions of enforcement of patent rights lie outside of the EPO’s remit, we have noted this development with concern.” As such, what the action means for the EPO’s member states remains unclear. However, it is likely to be of significant interest to the global IP community, as the conflict shows little sign of abating.