A memorandum of understanding has been signed between the European Patent Office (EPO) and the Licensing Executives Society International (LESI) at the latter’s annual Winter Planning Meeting in Miami, Florida. While not legally binding, the official partnership is designed to further knowledge around intellectual property and explore the commercial opportunities presented by the European patent system. 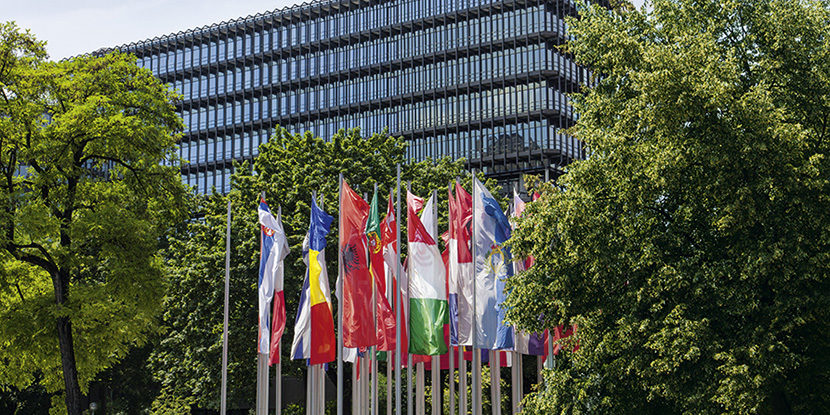 Yesterday, the European Patent Office published its annual report at its Munich headquarters. The report was presented by president António Campinos. ©EPO

Particularly for innovators, the opportunities presented by the MoU are compelling; commitment to a bilateral path places emphasis on what the EPO describes as the “innovation ecosystem.”

The developments at the LESI summit are seen as highlighting the importance of collaboration between industry bodies in enabling the development of a patent market under increasing pressure to adapt to future requirements. With a five-year life span, the MoU is another important step in creating a global collaborative framework for patent innovators.

Innovators are often overshadowed in their contributions to patent litigation development by generics and multinationals. The agreement, signed by EPO president António Campinos and LESI president François Painchaud, signals a renewed commitment to building partnerships and keeping pace with the industries in which intellectual property plays a vital role.

“The main goal of our agreement is to enable current and future innovators to make better use of the patent system by overcoming barriers such as lack of knowledge about IP and commercialisation options,” says EPO president António Campinos. “This will help innovators see the business opportunities that IP can create.”

In a press release, the EPO further states that the bilateral partnership aims to “enhance the visibility of intellectual property and its protection, transfer and commercialisation, foster networking among interested parties, lower the entry barriers for participants from emerging countries, and create favourable conditions, where applicable, for the protection, transfer and best use of technology.”

Artificial intelligence, an issue addressed in a recent study by the World Intellectual Property Organisation (WIPO) was also discussed during the convention in Miami. A meeting between Campinos and Andrei Iancu, Undersecretary of Commerce For Intellectual Property and Director of the United States Patent and Trademark Office (USPTO), saw both parties agree to commit to enhancing bilateral cooperation through new measures.

This is especially given the proliferation of AI as both a patent subject and a patent-granting procedure, which has enjoyed a surge since 2013 and will be the focus of patent litigation over the coming months and years. Trilateral co-operation between the EPO, Japan Patent Office, and the USPTO was also discussed, as well as continued collaboration between the five largest intellectual property offices in the world, the IP5.

Campinos and Iancu also discussed global classification standards with regard to the Cooperative Patent Classification System. Launched in 2010 as a joint initiative between the EPO and USPTO, the CPC establishes best practice in ensuring compatibility in patent classification in Europe and the US.

Integral given the increasingly global nature of patent disputes, the CPC is based on the European Classification (ECLA) system and aims to ensure compliance in global patent filings.