The EPO Boards of Appeal have released two decisions applying the principles underlined by G 1/21 regarding compulsory video conferencing. The developments indicate that patent attorneys in Europe are still searching for flexibility in the face of an ongoing and uncertain pandemic situation. 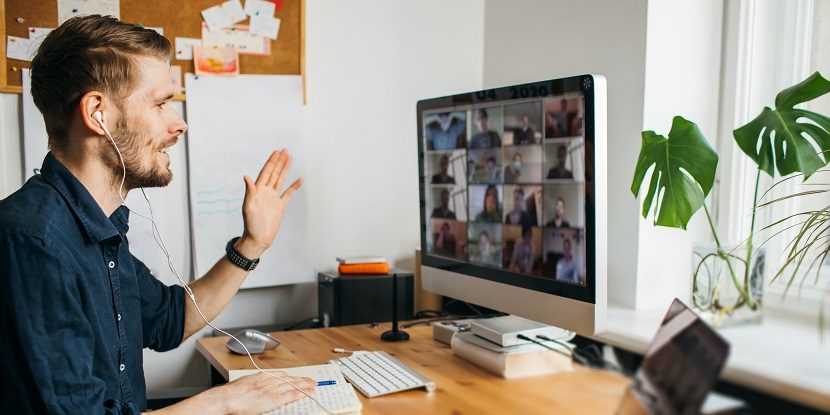 In early November 2021, the Enlarged Board of Appeal released its final reasoning in the G 1/21 appeal regarding compulsory video conferencing. It clarified that, while video conferencing is compatible under the European Patent Convention, in-person proceedings are preferable.

These mark the first time the boards have referred to G 1/21 when deciding to conduct proceedings via video conference. Both decisions followed an appeal by the patentee for postponement to in person at a later date.

Since last year, a further eleven published decisions of the EPO Boards of Appeal cite G 1/21 when concluding that in-person proceedings are not a viable option. Mostly, these oral proceedings and subsequent decisions followed the initial G 1/21 order of July 2021, but before the EPO published its reasoning in November.

However, in some cases, only the specific board had access to the full reasoning.

Initially, in T 1499/16, the Boards of Appeal had summoned the oral proceedings to be heard in person in November 2021. However, the first and second opponents requested video conferencing take place in view of the ongoing pandemic situation.

In January, the Boards of Appeal released a judgment whereby G 1/21 provides guidance for its decision to conduct proceedings via video. The judgment considers whether video conferencing is a suitable alternative to in-person proceedings. It also looks at if extenuating circumstances justified the case not being heard in person.

According to the board in T 1499/16, the proprietor presented “no reasons why a video conference would not be suitable in this particular case.”

In particular, the opponent referred to the uncertainty surrounding frequent quarantining for school-age children. It states, “quarantine obligations… relating to the representative’s young children being at school are a potential threat in the present, still-prevailing, pandemic situation in Germany.”

“In addition, the number of new confirmed Covid-19 infections per day greatly increased over the weeks preceding the oral proceedings.” Thus, the EPO concluded a state of ‘general emergency’ remains present.

Case T 1499/16 concerned the maintenance of EP 21 00 520 in amended form. It concluded with the board revoking the patent. However, it is a significant step with regard to applying updated guidelines concerning video conferencing for Boards of Appeal proceedings.

On October 28 2021, the EBA determined that video conferencing does not infringe a party’s legal right to be heard. Nor does the decision impede on a party’s right to fair proceedings. However, the basis of this case T1807/15 is an appeal case. Thus, the EBA has jurisdiction only to decide on its own appeal cases.

The Boards of Appeal framed its decision in G 1/21 in the context of the current pandemic situation: “the Enlarged Board has limited the scope of its answer in the present referral to a period of general emergency.”

It points out that Europe has not yet returned to ‘business as usual’: “Travelling… would have increased the risk of infection of the parties involved… there is no doubt that there is still a general emergency impairing the parties’ possibilities to attend in-person oral proceedings at the EPO premises.”

No business as usual

Since the appeal has run since 2016, the opponents in T 1499/16 also argued that waiting for less turbulent circumstances might further prolong the case. Applying G 1/21 could thus contribute to the EPO’s oft-strived-for greater efficiency, as well as maintaining a safe environment for its users.

It also acknowledges that, while Germany and most of Europe is not officially in an ’emergency’ or ‘lockdown’ situation, the coronavirus pandemic continues to alter everyday life.

Furthermore, the risk of contamination between parties and individuals remains high.

The current guidelines still only cover activity before the Boards of Appeal. As yet, the EPO has not released any guidance regarding first-instance opposition proceedings.

In G 1/21, the decision also notes that the EBA desires to move back to majority in-person proceedings where possible. Patent attorneys and in-house counsel espouse the benefits of meeting colleagues in person, as well as the difficulties which can come with three or more parties participating in a video hearing simultaneously.

But this is not yet the case. On 4 February 2022, the Boards of Appeal released another decision in which the presiding judge referred to G 1/21. This case T 0779/18 rejected an appeal over a previous EPO Opposition Division decision to revoke EP 28 22 537, which covers a combination treatment for rhinitis.

Here, Ingo Strehlke of Von Rohr – who represented appellant Klosterfrau – requested that the EPO hold in-person proceedings in Haar. But according to the published decision, “the Board… can see no reason why this form of hearing is not a suitable alternative to a hearing in person in the present case.”