On February 11, the UK Supreme Court will hear an appeal by pharmaceutical company Kymab against Regeneron, concluding seven years of litigation between the two parties. At the forefront of the dispute is groundbreaking technology which concerns antibody-producing mice. But the medicine is just one part of the story. The case could impact how the UK courts approach sufficiency. 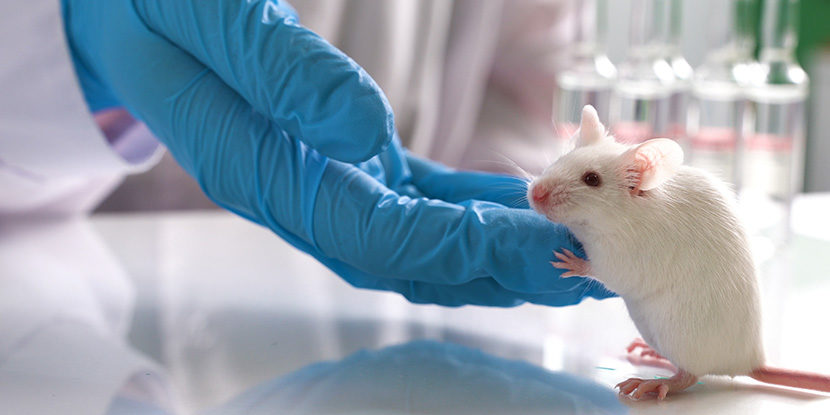 Next week, Regeneron and Kymab face off at the Supreme Court over transgenic mice technology ©filin174/ADOBE STOCK

Next week, the case comes to a head; the UK Supreme Court will hear an appeal by Kymab regarding insufficiency.

In 2013, Regeneron filed a case against Kymab at the UK High Court. The company sued for patent infringement of its VelocImmune transgenic mouse platform, for patents EP UK 13 60 287 and EP UK 22 64 163. However, the two Regeneron patents were found invalid for insufficiency at the first instance. But the judge also noted that, had the patents been valid, Kymab would have infringed them through its use of transgenic mice. This conclusion meant that both parties could appeal the respective findings.

In the second instance, heard in 2018, the Court of Appeal rejected the first instance decision. It held that Regeneron’s patent claims were sufficient across their scope, finding them valid and infringed by Kymab. However, the court also granted Kymab permission to appeal on the grounds that the Court of Appeal judgment does not adequately consider Kymab’s argument of insufficiency. Kymab also argues that what it considered the court’s deviation in its approach to insufficiency could majorly impact the industry. In this sense, the appeal is not so much about seeking a law change as clarifying the court’s position on sufficiency.

However, the Court of Appeal also agreed to suspend the pending injunction against Kymab. This was to prevent major disruption to some of the major research work the company is undertaking, for example with charities.

But the companies have not only faced off in litigation proceedings. In 2015, Kymab, along with Merus and Novo Nordisk, filed opposition proceedings against EP 287 at the European Patent Office. The EPO revoked Regeneron’s patent for lacking novelty and inventive step. However, Regeneron appealed the decision through amended claims. The EPO dismissed further arguments by Kymab and maintained EP 287.

Mice for the millions

Mice have long been integral to helping develop medical cures for human disease. One of the most high-profile recent events is the creation of this so-called transgenic mouse platform, designed for therapeutic antibody development. The mice in question possess human antibody genes which produce human antibodies. These antibodies are then used to combat the pathogens that cause bacteria and viruses in humans. The ultimate aim is for the antibodies, also known as immunoglobin, to cure immunological disease.

The technology developed by the companies is increasingly applicable in real-world situations. For example, in 2017 Regeneron partnered with an HHS unit in the US to help develop a vaccine for Ebola. Now the company’s attention is turning to finding an immunisation against coronavirus, the epidemic currently affecting thousands globally. The transgenic mouse platform technology can help achieve this.

Interestingly, the same panel of judges will hear the case between Kymab and Regeneron as will hear the last Supreme Court patent case, in October 2019. This was the much-awaited final showdown between Unwired Planet, Huawei and Conversant over FRAND jurisdiction. In both cases, judge David Kitchin  presided over the appeal in the second instance and is therefore excluded from the Supreme Court proceedings. This is following Kitchin’s promotion to Supreme Court judge in 2019.

The case between Regeneron and Kymab has been running for seven years and, as a result, has experienced some changes in its counsel. For Regeneron, Nicola Dagg and Katie Coltart initially took on the case while still at Allen & Overy. Dagg brought the client over to Kirkland & Ellis following her highly-publicised move there in 2018, retaining Coltart on the case while adding more counsel.

However, Dagg and Coltart’s former firm Allen & Overy remains as co-counsel for Regeneron regarding some aspects of the case. Partner Neville Cordell leads for the latter firm.

Kymab initially chose the London office of Norton Rose to conduct its litigation in the first instance. However, following the case management phase, Kymab then referred the work to London-based Powell Gilbert.

The patent boutique then led litigation in the first and second instance proceedings. Penny Gilbert, the partner leading the case, specialises in life sciences.

In-house counsel for Kymab, Diane Mellett, was previous general counsel at Cambridge Antibody Technology Group. Penny Gilbert had previously advised the group, which is how the contact between the parties began.

DLA Piper were also involved in both the first and second instance proceedings. The firm represented Danish multinational pharmaceutical company Novo Nordisk as the second defendant alongside Kymab.

However, lead partner Claire Bennett has since left the firm to go in-house to car startup FiveAI.