A battle between 3D media developers and distributors has seen the California-based company, RealD, securing judgments against multiple companies at the Düsseldorf Regional Court, including injunctions and products recalls, as the company looks to assert its space in the market. 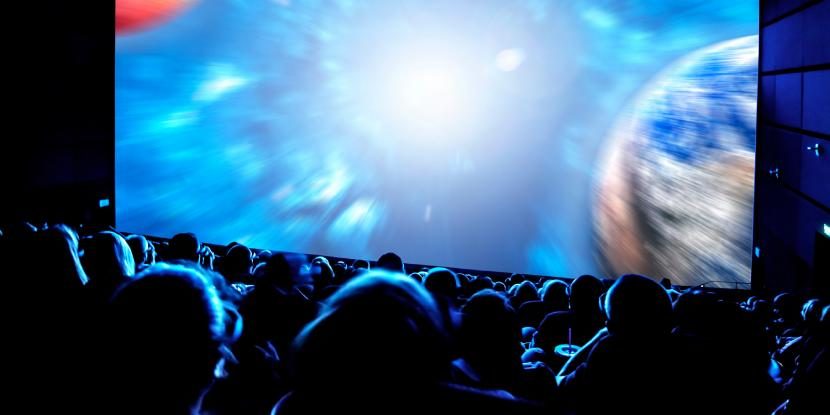 RealD has been seeking to assert its patent rights over a number of competitors, using mainly the German courts and keeping the majority of its litigation within the Düsseldorf Regional Court. ©Denis Rozhnovsky/ADOBE STOCK

RealD sought to protect two of its patents when it filed a main lawsuit in August 2020, arguing that Lightspeed’s “DepthQ CineBright” light-doubling device infringed patents EP 20 67 066  and EP 24 69 336.

Prior to the main lawsuit, Düsseldorf Regional Court rendered a preliminary injunction against Lightspeed Design and its distributor CinemaNext based on EP 336 (case ID: 4a O 106/19) in November 2019. In the course of enforcing the decision, which included claims for information on the delivery chain, RealD learned about recipients of the infringing devices, among them Cine Project Kinodesign and AV Technik GmbH.

From PI to merits

RealD requested and obtained another preliminary injunction against Lightspeed Design and CinemaNext on the basis of all three patents. This was granted in February 2020 (case ID: 4a O 11/20).

After obtaining the preliminary injunctions, RealD then filed a lawsuit on the merits in August 2020 against Lightspeed Design for infringing EP 336 and EP 066 (case IDs: 4a O 73/20 and 4a O 15/21). The court initially scheduled hearings for 14 December 2021 but later postponed these to 21 June 2022 due to the coronavirus pandemic.

Now Düsseldorf Regional Court has rendered judgments in these two cases, finding that Lightspeed Design has infringed both EP 336 and EP 066. The court fully granted all of RealD’s motions, including one for a product recall. This not only prohibits Lightspeed Design from selling its device in Germany, but also requires the company to approach customers and request they return the devices delivered since 5 November 2014.

The defendants can appeal the judgments.

The litigation comes as part of a large-scale campaign on the part of RealD to protect its 3D projection patents across a number of markets. This also includes a previous case against Volfoni Group and another case against product distributor Cine Project Kinodesign and AV-Technik.

Previously, at the Düsseldorf Regional Court, RealD had filed for infringement against French company Volfoni Group in response to its “Volfoni SmartCrystal Diamond” device, claiming it infringed each of the patents EP 066, EP 28 46 180 and EP 336.

In September 2019 the court ruled in favour of RealD, ruling against several members of the Volfoni Group, two of its directors and distributor CinemaNext Deutschland GmbH on most counts.

Volfoni had previously filed oppositions with the European Patent Office against each of the patents EP 066, EP 336 and EP 180. The Opposition Division of the EPO fully dismissed each of these oppositions by October 2019. Volfoni appealed the decisions in the case of EP 180 and EP 336. In February 2021, the EPO Boards of Appeal dismissed the appeals regarding EP 336 and EP 180.

Shortly after, Volfoni withdrew its infringement appeals. The judgments of 17 September 2019 are now final.

The team representing RealD has remained mostly unchanged since the beginning of proceedings back in 2014. As previously reported, the company was first represented by Baker McKenzie through Jochen Herr and Moritz Meckel. However, in 2021 they moved over to the Munich office of Finnegan, taking the client with them.

Jochen Herr’s team comprises a number of dual-qualified mixed specialty lawyers and patent attorneys. Consequently, they often represent clients in both infringement proceedings and EPO oppositions, as was the case here.

Neil Mothew, in-house counsel and vice president for legal and intellectual property affairs at RealD, also supports the team. Despite having recently resigned from the company to set up his own firm, he remains actively involved with RealD.

SSM Sandmair advised Lightspeed Design. It is a Munich-based mixed IP firm which covers a range of competencies, as well as technical specialties.

Volfoni relied on a team led by Quinn Emanuel partner Johannes Bukow in the infringement proceedings against RealD. In the opposition, patent attorney Sergio Fernandes from the Lyon-based firm Opilex represented the company at the EPO.