CommScope and Meissner Bolte on winning streak against Comlab

Free wifi has become a standard feature of train travel. In a dispute over patents for intrain repeaters required for the wifi service, US supplier CommScope Technologies has seen numerous successes against German competitor Comlab. 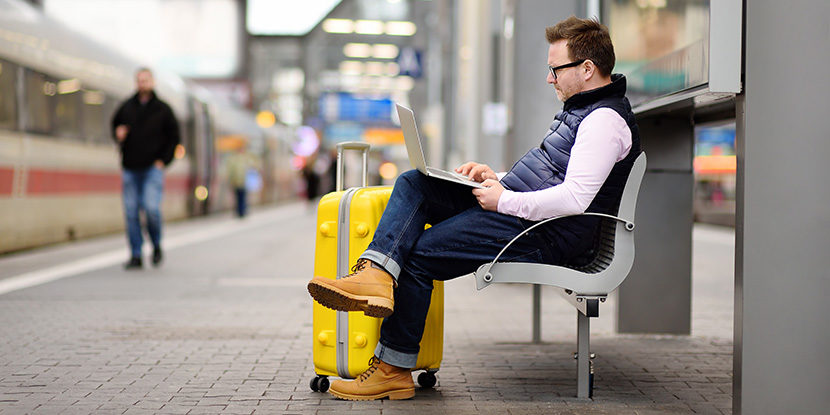 Intrain repeaters amplify both the signals from mobile masts, and the mobile end devices of passengers. The technology ensure continuous reception via mobile radio and wifi during journeys by express trains, such as Deutsche Bahn’s high speed ICE trains.

In parallel proceedings, Comlab filed nullity suits against the patents and applied for a cancellation of the utility models.

In November, Düsseldorf Regional Court suspended the infringement proceedings concerning the utility model DE 20 2011 110 994 U1 (case ID: 4c O 26/18), pending a ruling of the German Patent and Trademark Office on the question of the validity of the utility model.

The February prior, the same court also ruled on the infringement proceedings concerning the two patents in favour of Andrew Wireless Systems (case IDs: 4c O 75/17 and 4c O 76/17).

Likewise, the parallel nullity suits have so far been successful for CommScope. The Federal Patent Court upheld both patents in full (case IDs: 5 Ni 6/17 and 6 Ni 23/17). Appeals are pending against the first instance rulings at Düsseldorf Regional Court and the Federal Supreme Court.

From prosecution to litigation

Meissner Bolte has for many years filed applications for CommScope and Andrew Wireless Systems at the EPO. Now a mixed team of litigators and patent attorneys acted for the client in infringement proceedings.

Primarily, the Munich law firm is established in prosecution for German mid-sized businesses. The litigation team regularly appears in proceedings and the patent attorneys often work with law firms in infringement proceedings.

Furthermore, Comlab’s counsel 24IP has a mixed team of litigators and patent attorneys.

Update 2020: In April 2020, the Second Civil Senate of the Higher Regional Court of Düsseldorf dismissed the appeal in relation to EP 605 B1 (case ID: I-2 U 15/19). Unlike the Regional Court, the judges of the second instance did not consider that Comlab had infringed the patent.

Update 15 December 2021: In its April 2020 ruling, Düsseldorf Higher Regional Court did not allow an appeal. CommScope’s German subsidiary Andrew Wireless Systems appealed against this denial of leave to appeal. The German Federal Court of Justice dismissed this in November 2021. The ruling of the second instance with regard to EP 605 (case ID: I-2 U 15/19) is thus legally binding. However, the dispute continues, as the infringement action regarding EP 849 and utility model DE 20 2011 110 994 U1 are still pending. The Federal Court of Justice is due to rule on the invalidity of EP 849 in January 2022.