This firm comes recommended in patents for its litigation work and is seen in a large number of proceedings covering a broad technical spectrum for Mittelstand clients. Proceedings in the auto industry and Donle’s extensive work for Huawei in various mobile communications battles stood out. But it was not litigation work, but staff turbulence that dominated the market’s perception of late: following the spinoff of the Düsseldorf patents team as Kather Augenstein in early 2016, the firm re-established a working office in the key patents city around Kau and Donle. But in summer 2017, PBP had to cope with the loss of its best-known patent litigator, Dr. Stephan Gruber, in Munich and the Hamburg team, which focused on soft IP (to CBH). The firm seamlessly revived the north German office with Hoppe, who is experienced in patents and came from Harte-Bavendamm. As a result, the firm lost a great deal of patent expertise, but is now much younger, and the partners are pushing a new level of interoffice cooperation. This was already evident in litigation for Mekra Lang. Major proceedings for Huawei are also forcing better teamwork. This change is necessary if the firm is to remain competitive in mobile communications suits and, in the long term, before the UPC.

The firm hopes to capitalize on the new patent system. PBP positioned itself early on to conduct isolated nullity suits at the central UPC court in Paris and was one of the first German firms to place a lawyer locally. The firm is also present at all German local divisions.

The activities of this full-service firm clearly focus on IP. Alongside patents, also trademarks and unfair competition and pharmaceuticals and healthcare. Litigation predominates. Lots of German clients, some direct contacts to corporates. 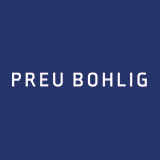