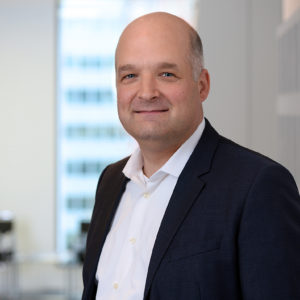 As a patent attorney at COHAUSZ & FLORACK, Philipe Walter has extensive expertise in the fields of electrical engineering, information technology and mechatronics. One of his clients is an internationally active energy group. In addition, Philipe Walter manages extensive portfolios of intellectual property rights for national medium-sized companies and advises them in patent infringement, opposition and nullity proceedings. He has been involved in numerous proceedings between smartphone manufacturers and court disputes between automotive suppliers and set-top box manufacturers. In addition, he deals with patent law issues in connection with international license pools that concern technical standards (especially Blu-Ray technology and video coding methods).

After studying electrical engineering at RWTH Aachen, he began his training in intellectual property law at COHAUSZ & FLORACK in 1999. Since 2002 he has been admitted as a German patent attorney and as a representative before the European Patent Office. In addition, he has completed a master’s degree in “European Industrial Property Law”. He joined COHAUSZ & FLORACK as a patent attorney in 2003 and has been a partner in the firm since 2007.

Philipe Walter advises his clients in German and English.