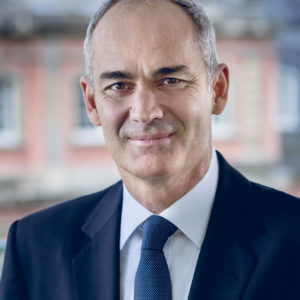 Peter-Michael Weisse primarily focuses on patent law. He handles patent infringement cases before national courts throughout Germany, often with parallel proceedings around the world.He has particular experience with standard essential patents and handled prominent cases which led to some of the first German judgements post Huawei v ZTE/ECJ, including connected cars. He and his team obtained the 1st German AASI against a Chinese ASI.

Since 1996, he has handled a remarkable number of complex patent infringement proceedings in the areas of telecoms, electronics, medical devices, biotechnology, chemicals and pharmaceuticals, mechanical engineering and automotive.

Mr Weisse has handled many prominent proceedings and legal disputes that led to landmark decisions by the German Federal Supreme Court – for example, regarding SEPs and indirect patent infringement.